How strong will the earthquake be?-Shaken Awake

In 1996 the National Science Foundation funded a project so as to forecast how many people would be displaced if large earthquakes occurred on any of the 11 earthquake faults in the Bay Area and published its findings in a report called Shaken Awake.  The full text of report can be seen here.  The authors of this project included The Association of Bay Area Governments, Bay Area Regional Planners, Washington State University, The United States Geological Survey, Structural Engineers, The California Office of Emergency Services, and relevant agencies.  This effort identified the number of buildings that would be red tagged as uninhabitable after the various Bay Area earthquake faults ruptured so as to calculate the number of people that would require temporary government housing.

The two most important factors that determined whether or not a building would be red-tagged was the type of construction and the projected shaking intensity at its location based on the Modified Mercalli Intensity Scale.  The study included both apartment buildings and 1-3 story houses.

The houses were separated into two groups: houses built before 1940 and houses built after 1940.  This information is important because we can identify which houses are most at risk and in need of a seismic retrofit so long as we know the type of construction and the shaking intensity at its geographical location.   The images below were taken directly from Shaken Awake.

Here are the various faults Shaken Awake looked at and the page number where you can see what they predict. 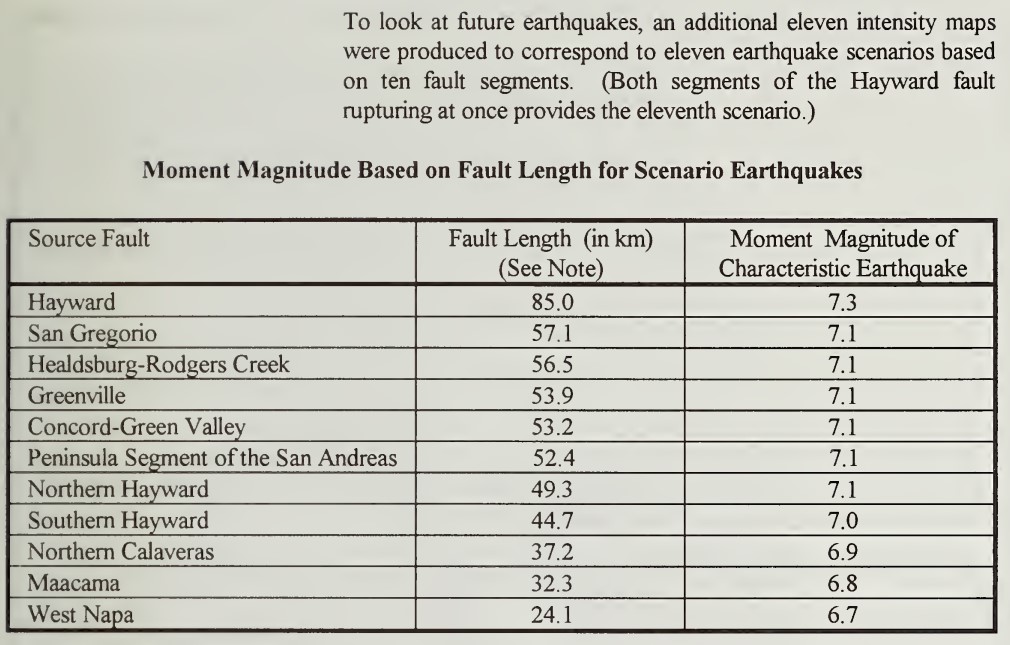 Forecasting damage is a difficult task even under the best of circumstances.  Fortunately, the authors of Shaken Awake had extensive data available to them from both the 1989 Loma Prieta and the 1994 Northridge earthquakes.  This data was used in forecasting the impact of earthquakes along the 11 faults found in the Bay Area and in some cases was remarkably accurate.  Using this data to forecast damage is referred to as modelling.

The projected damage to all the structures Shaken Awake looked at two factors: the projected shaking intensity provided by the USGS and the construction type as shown in the first column in the table below.

The “Loma Prieta Modeled” third row tells us would happen if that model were applied to an earthquake identical to the Loma Prieta earthquake.  The second row compares this to what actually happened.  This model is obviously far from perfect and the projection for single family homes built before 1940 was considerably less than the actual damage.  On the other hand, this same model applied to houses built after 1939 was remarkably accurate.  Notice how only 376 houses were red-tagged in spite of the large size of the earthquake.  I personally saw at least 10% of these when evaluating damage for FEMA.  My recollection is that they all suffered from deferred maintenance and were sided with wood rather than stucco.  The poor performance of wood siding compared to stucco is born out by this research.  This research is far from conclusive.  It is something I just happened to notice.

In the next table you see damage statistics for different structures located in different MMI shaking intensity zones.  Research done by the USGS determined homes in the Bay Area will never be subjected
to shaking greater than level IX.  The table below tells us that 8.4% of the houses built before 1940 will be deemed uninhabitable if located in Modified Mercalli Scale zone IX and less than 1%
will suffer the same fate if located in MMI IX.  This runs contrary to the popular misconception that most houses will suffer catastrophic damage.   Both of these percentages could be reduced
to near zero if vulnerable housing stock in MMI zone IX were properly retrofitted. 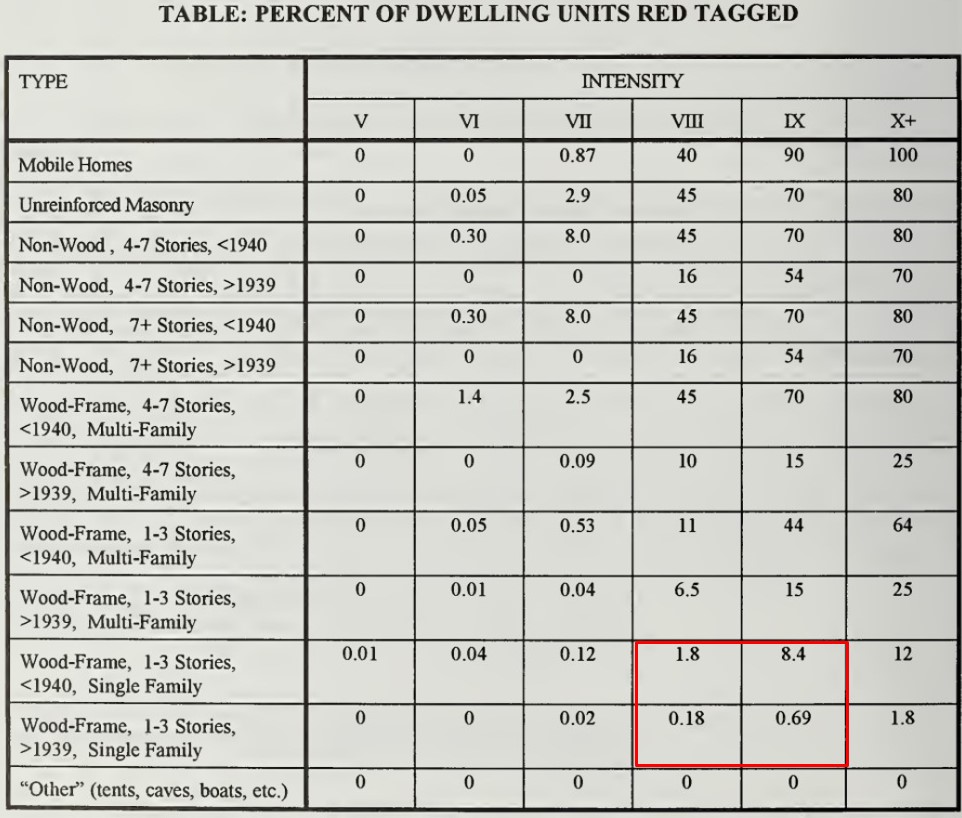 Yellow-tagging is similar to red-tagging except with yellow-tagging the house is still inhabitable.  Yellow tagging means the houses are damaged (usually toppled over chimneys and/or fallen plaster on the ceiling), but they can still be lived in.  Yellow tagged houses were not given much consideration in Shaken Awake because yellow tagged homes will not have an effect on the size of the displaced population.  Some people however don’t want to risk being put in the yellow-tagged category and are willing to pay for that.  I must admit, living in a damaged house for any length of time can be quite annoying and after an earthquake you can buy a contractor for blood or money.

The table below estimates the total number of uninhabitable units if the entire Hayward Fault ruptures based on type of construction and shaking zone. 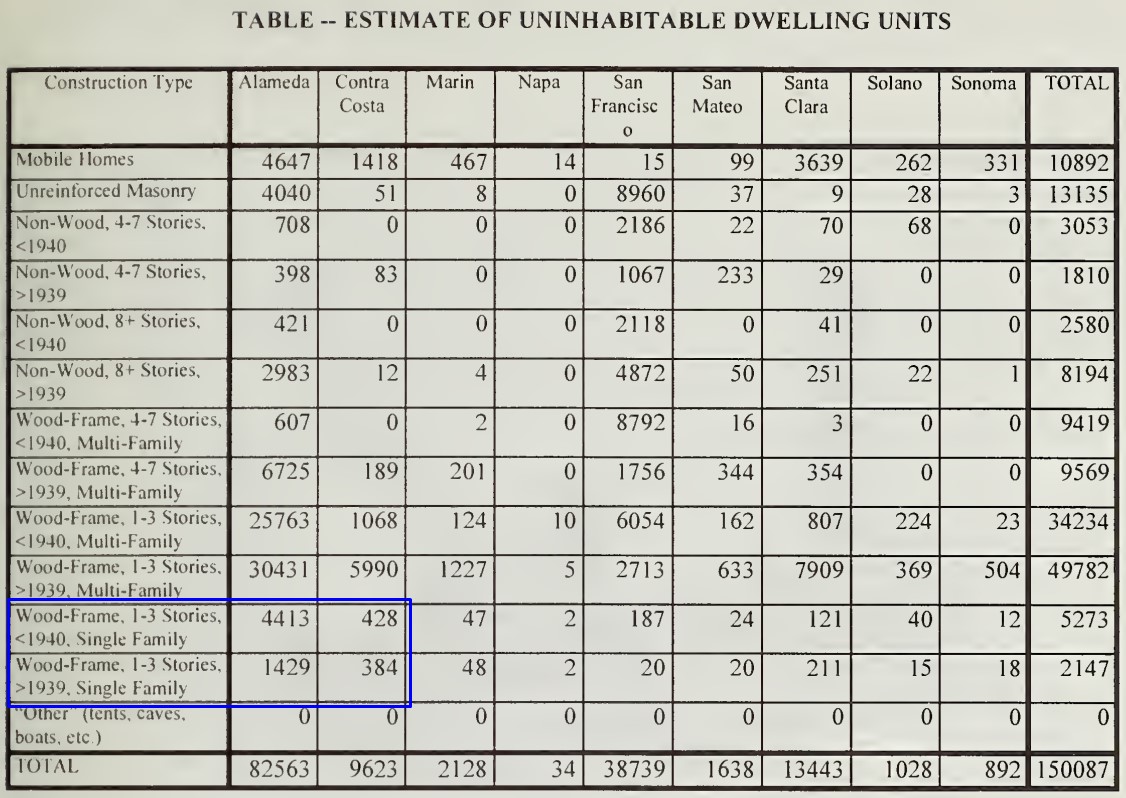 Which Zone Is My House In?

The Association of Bay Area Governments has an online tool that will tell you this precisely.  Go to this webpage  and on the far left you will see a drop down menu that looks like this.  Check the two boxes shown by the blue arrows.

Scroll down and check the fault line you are concerned with.  In this case it is “Earthquake Shaking Scenario: Hayward Fault (Southern Segment).  Scroll up and down  the layer list and you will see you can select any of the Bay Area faults including the San Andreas.

Go to the top of the page and directly above where it says “Layer List” type in an address.

In this example we are using Bay Area Retrofit’s address in Albany.  Now click the search tab to the right of the address.  And you will see this. 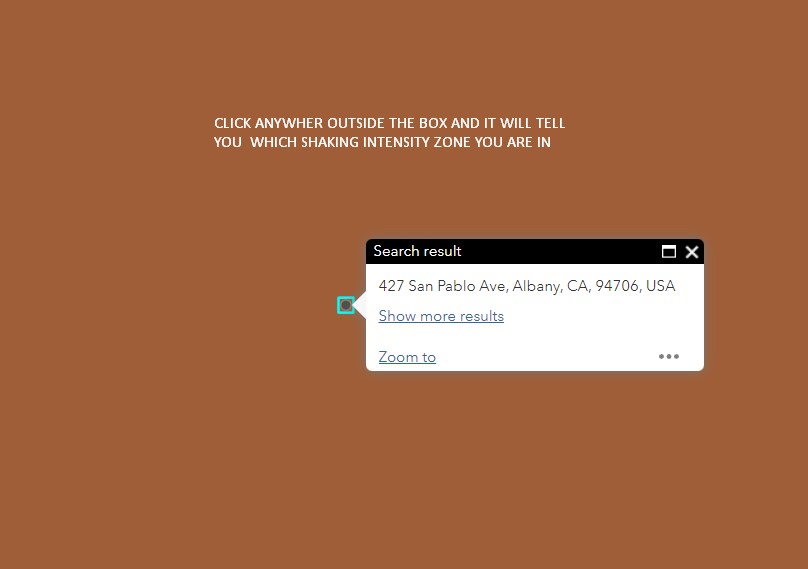 Click anywhere outside the Search Results box and it will tell you which zone you are in.  In this case my office is in Modified Mercalli Intensity Scale Zone 9. 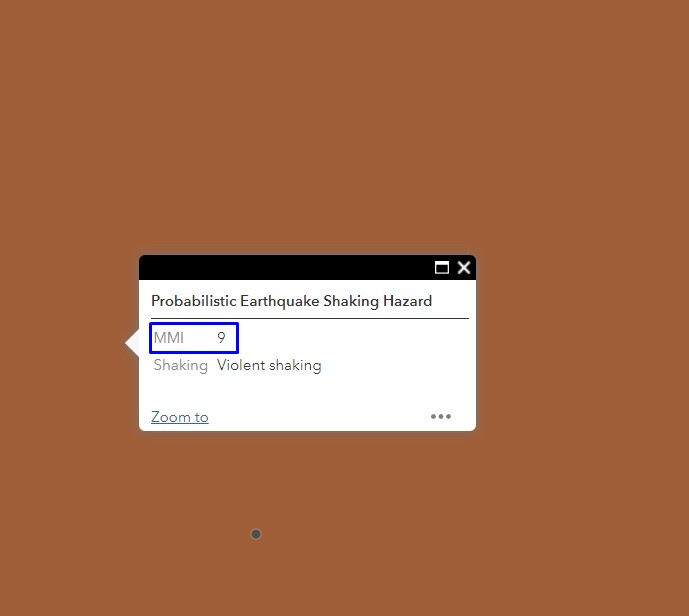 According to TABLE 1, I have an 8.4% chance of catastrophic damage or about 1 in 10 if I don’t retrofit it. If the margin of error that forecast 8.4% of the homes built before 1940 found in TABLE 1 is applied (161 red-tagged homes versus 301 actual red-tagged homes) the probability of catastrophic damage is about double or 16.8%. That is about 1 chance in 5.   Given my office has wood siding it is probably much higher than that.  In short, given this margin of error, no one really knows what is going to happen to single family homes built before 1940, though we hope TABLE 1 is correct.  The margin of error might even go in the other direction and the odds would be 1 in 20.  You just need to decide if you want to take the gamble.

What Are My Odds? 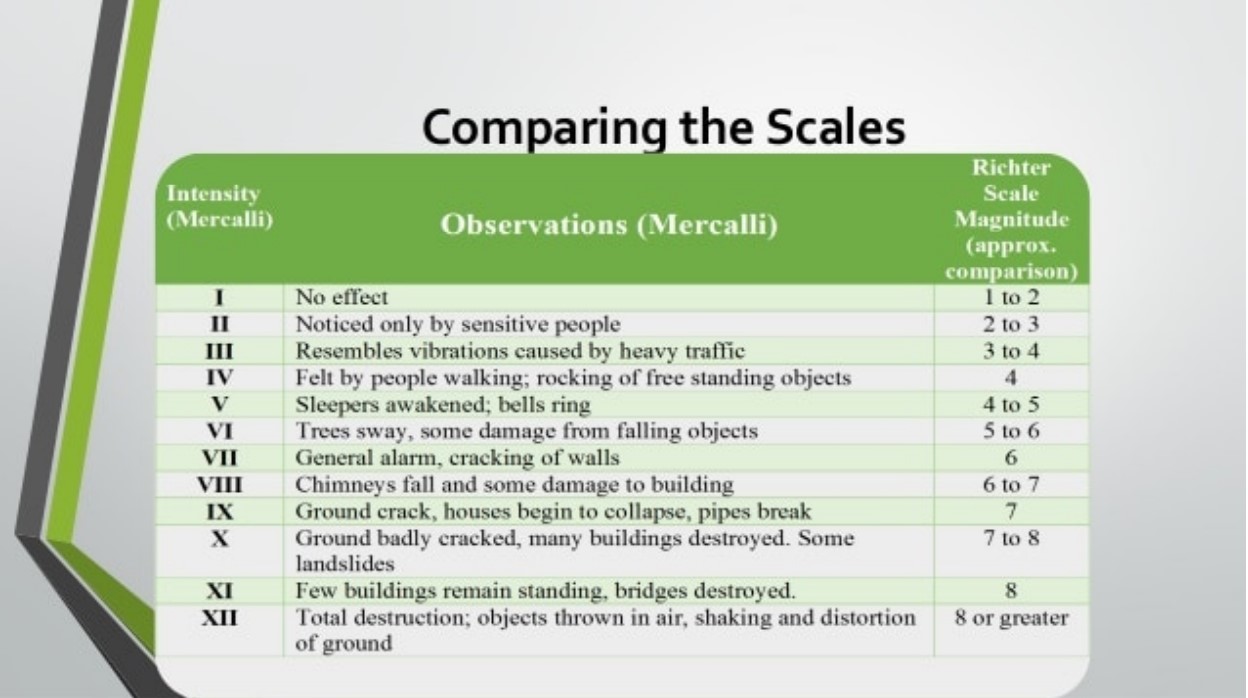