The Most Critical Plywood Connection

The Only Tested Mudsill Connection

Cripple wall to shear wall conversions are complex in nature and retrofit shear walls are even more complex.  When building a retrofit shear wall, the studs are  2 by 4 Douglas Fir and the mudsills (piece of wood on the concrete) are full sized 2 by 6 redwood.  If plywood is installed without some kind of modification the plywood will not be attached to the bolts. Below is an illustration showing why this is a problem. 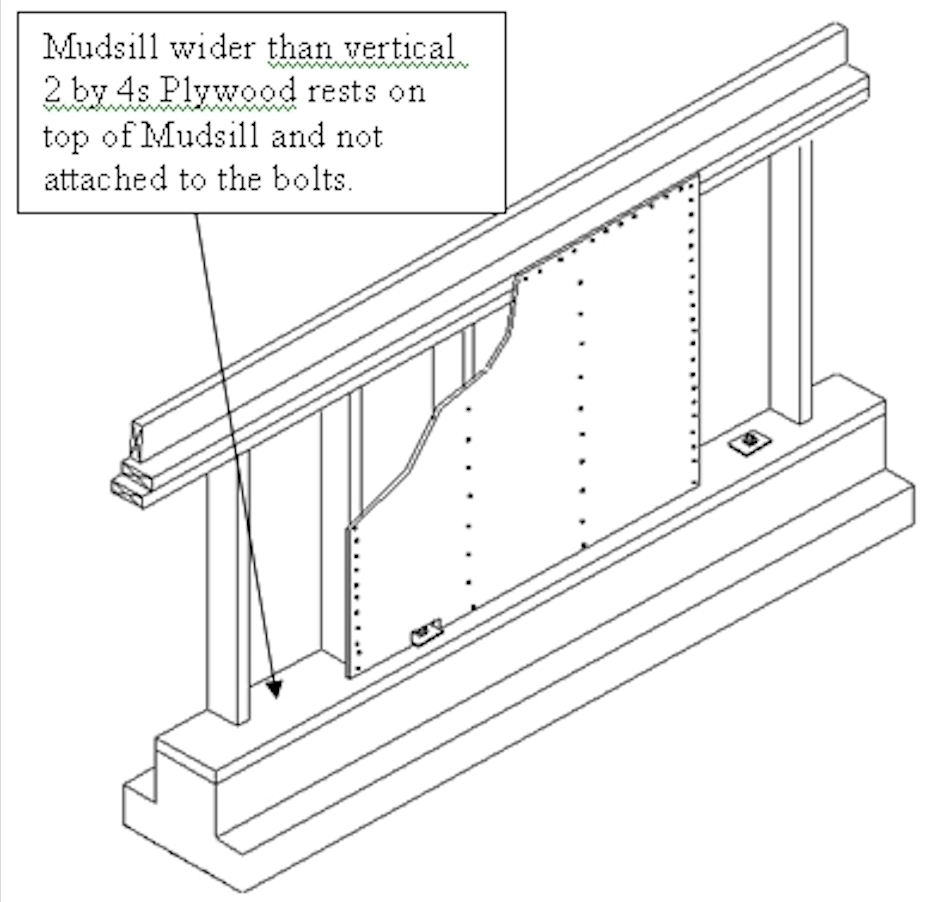 There are four ways to modify the framing so that the plywood is attached to the bolts.

The are four ways of making this connection which are explored in great detail in this paper, though the material below and watching the video will tell you most of what you need to know. 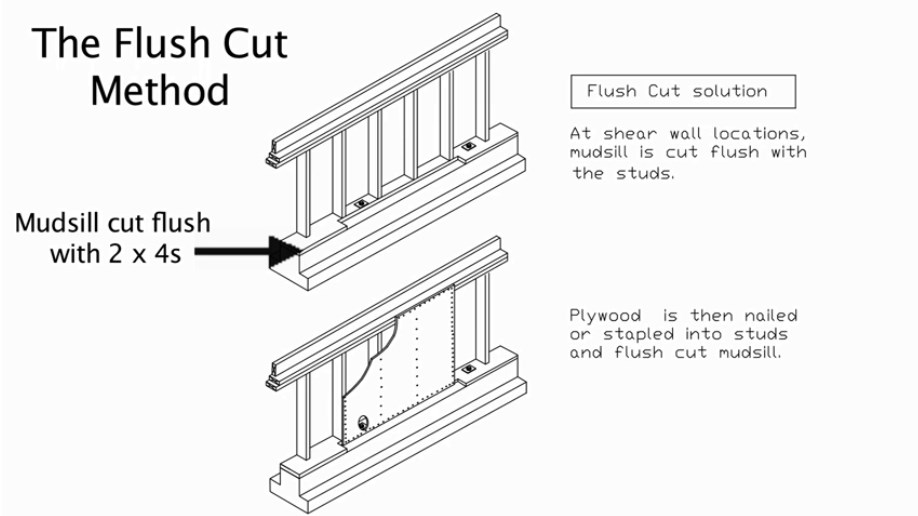 In this method, the 6-inch-wide mudsill is cut flush with  the 2 by 4s.  The plywood is then nailed directly to the mudsill.  The Flush Cut Method is the only way to build retrofit shear walls that is very close to those tested by the American Plywood Association, a National Laboratory for Testing Shear Walls.  These tests are the basis of the building code provisions for new shear wall construction for the entire country.

The following photographs show the step-by-step process used in this method of retrofit shear wall construction. 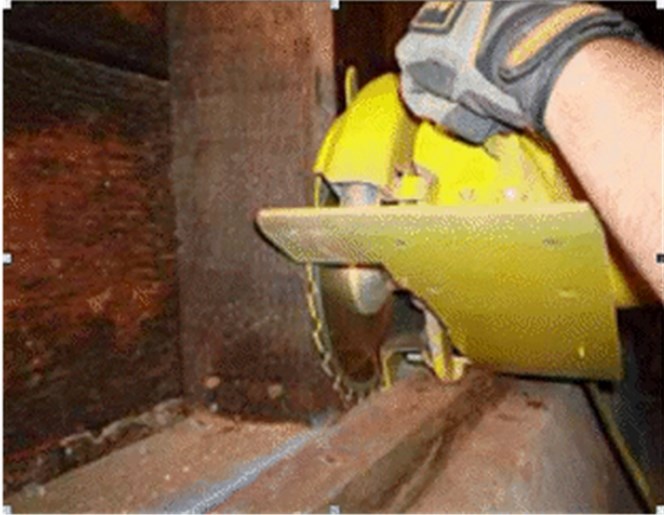 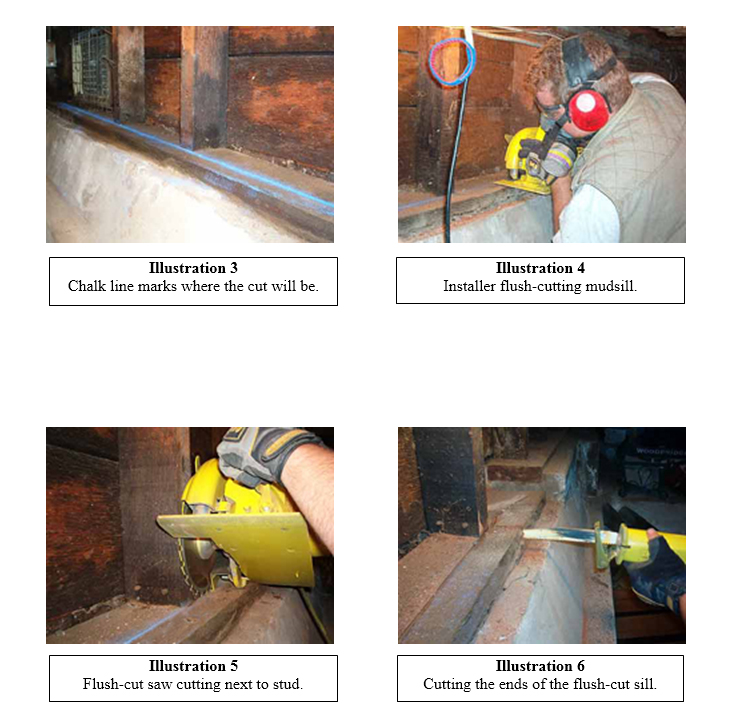 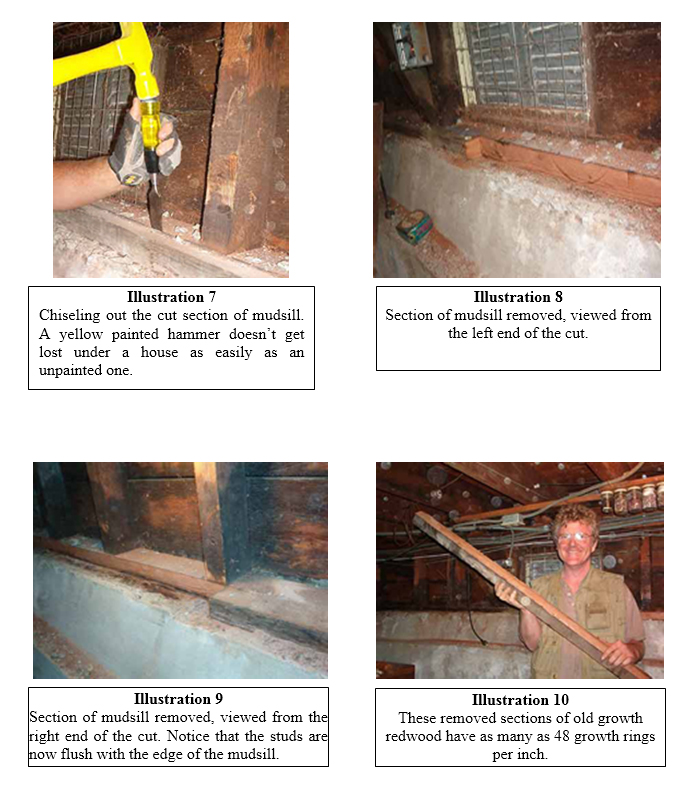 The flush cut method is the only way to install the plywood component of retrofit shear walls as tested by the American Plywood Association, a National Laboratory for Testing Shear Walls.  These tests are the basis of the building code provisions for new shear wall construction for the entire country.

One of the reasons this method is used is because the plywood can now be nailed into old growth redwood that is many times less prone to splitting than wood grown on tree farms. 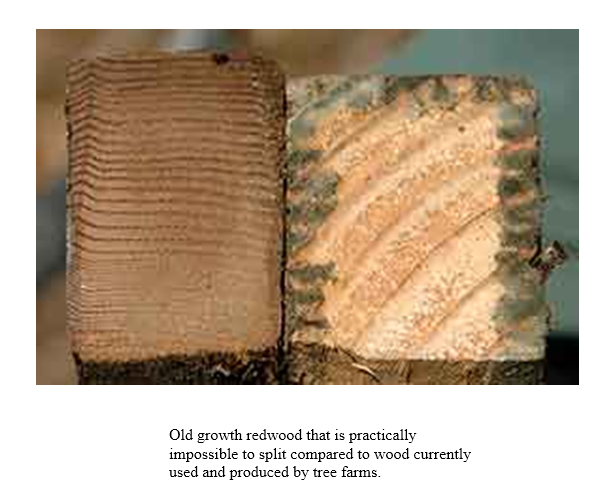 Shear walls slide on the foundation but they also try and overturn, no matter how tall they might be.  When they do this they must push up on the wall which has a tremendous amount of weight on it (the wall above the cripple wall, ceiling, and roof) which all prevents the shear wall from overturning.  Other retrofit mudsill connections do not have this trait. 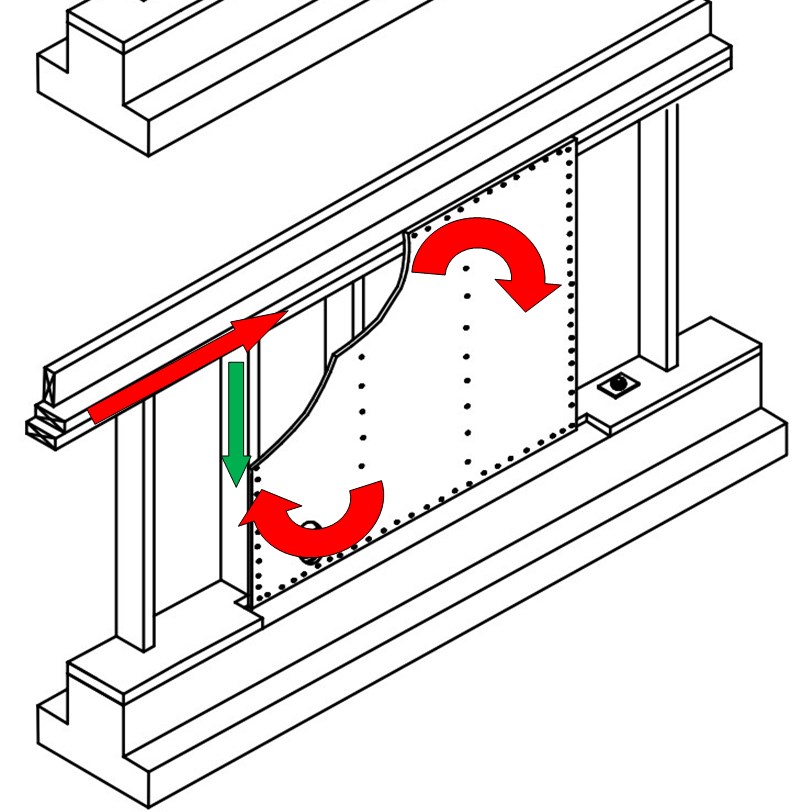 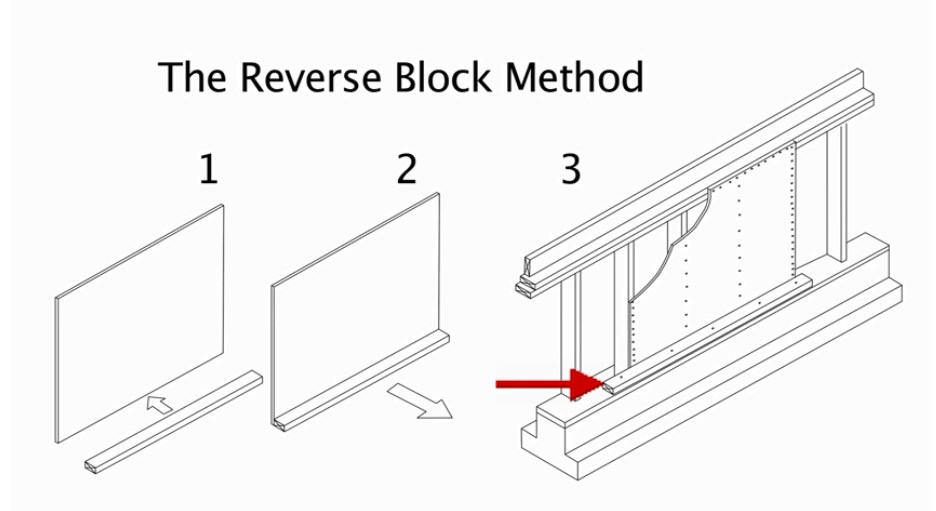 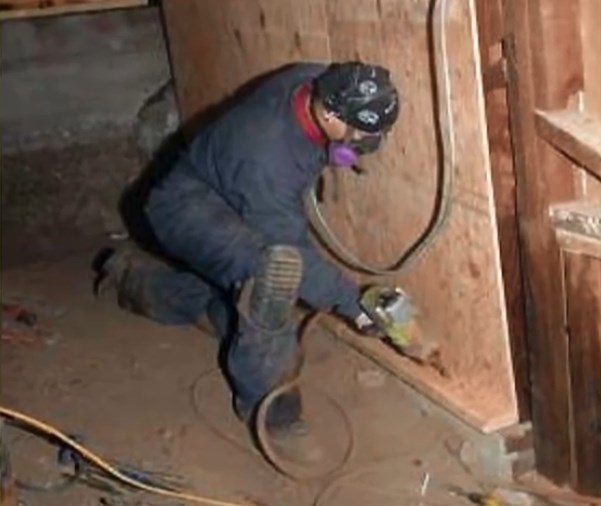 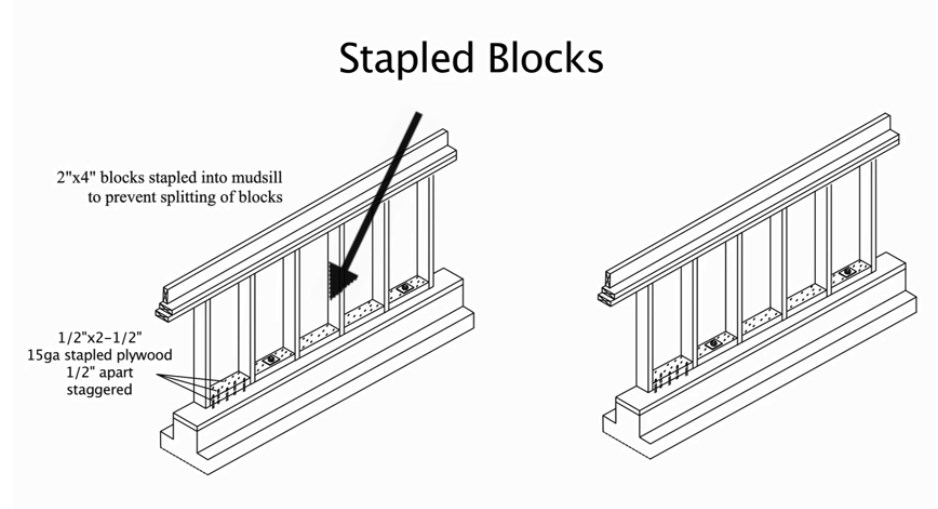 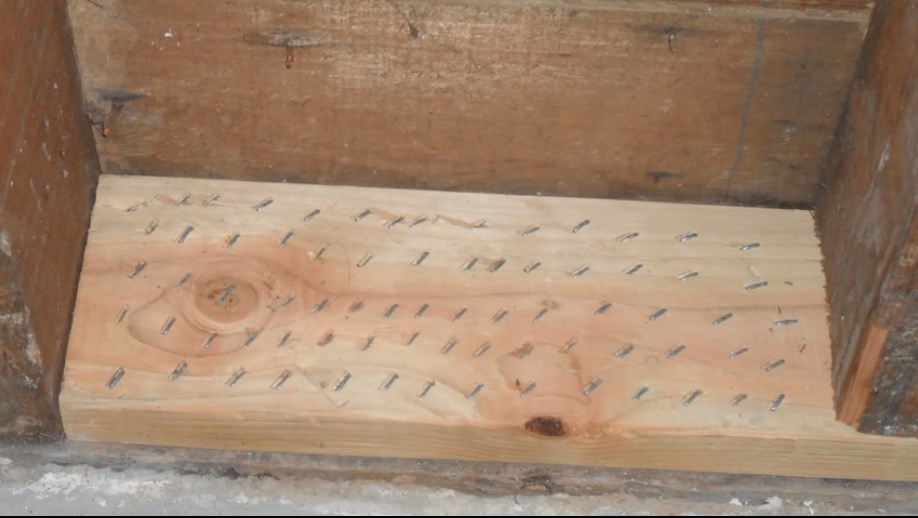 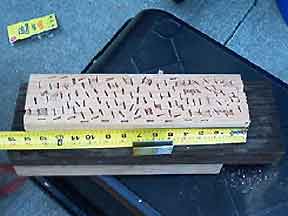 STAPLED BLOCK WITH STRENGTH OF 80 NAILS AND NO SPLITTING

Here is a construction detail from a set of engineered plans that tells a contractor how to do this.   As shown by the red arrow 8 nails are specified through the mudsill blocking which has a very high potential of splitting the block. Unfortunately, this is the method recommended by all extant retrofit building codes  These guidelines were written by building officials and engineers who never checked to see if it worked in a practical way.

On the left, 2 by 4 blocks have been nailed onto the mudsill. On the right, the plywood has been nailed to the blocks. 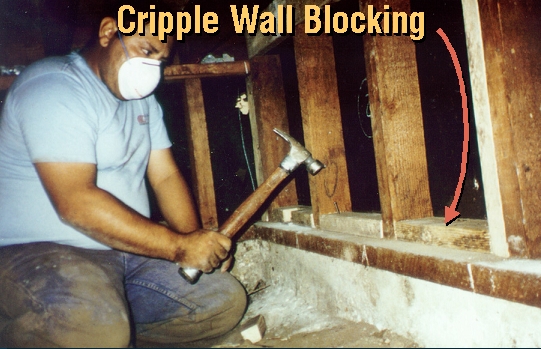 2 by 4 blocking for plywood nailing 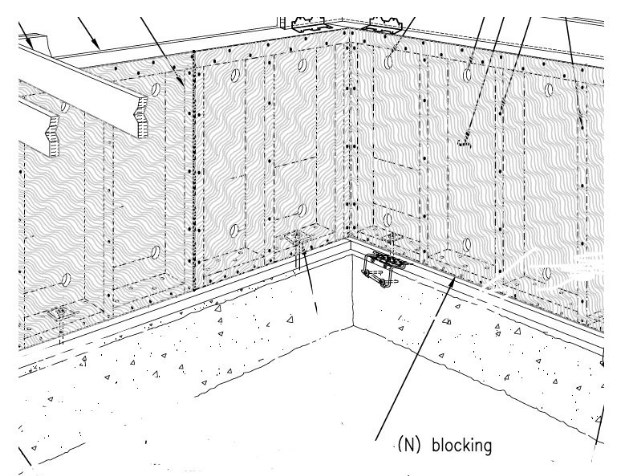 This is a construction detail that illustrates the nailed blocking method is similar to those found in other retrofit guidelines..

Why is the Nailed Blocking Method a Problem?

The problem with this method is that the blocks split. The blocks, usually 14 inches long and often dry, are installed between the studs on the cripple wall as shown in the photo above.   If the blocks split, then the shear wall will fail.

Standard Plan A requires the blocks be nailed into the blocks with nails that are quite large.   They need to be large  in order to resist an earthquake.  These large nails are what caused the split here.  When the blocks split, it is quite tempting for the installer to leave those split blocks in place because of the time and labor involved in removing them.  The plywood covers the blocks when nailed to the wall framing.  Private home inspectors cannot tell if the blocks  split when installed.  This can leave lingering doubts in the mind of the home buyer.  Seismic retrofit contractors often believe “the more and bigger the nails, the stronger the shear wall” which further exacerbates the problem. 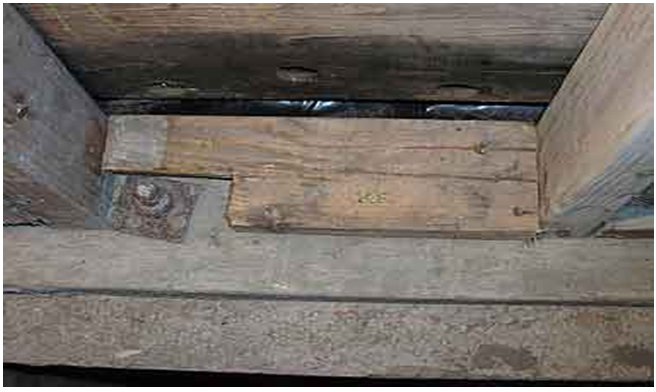 Block Split during an installation 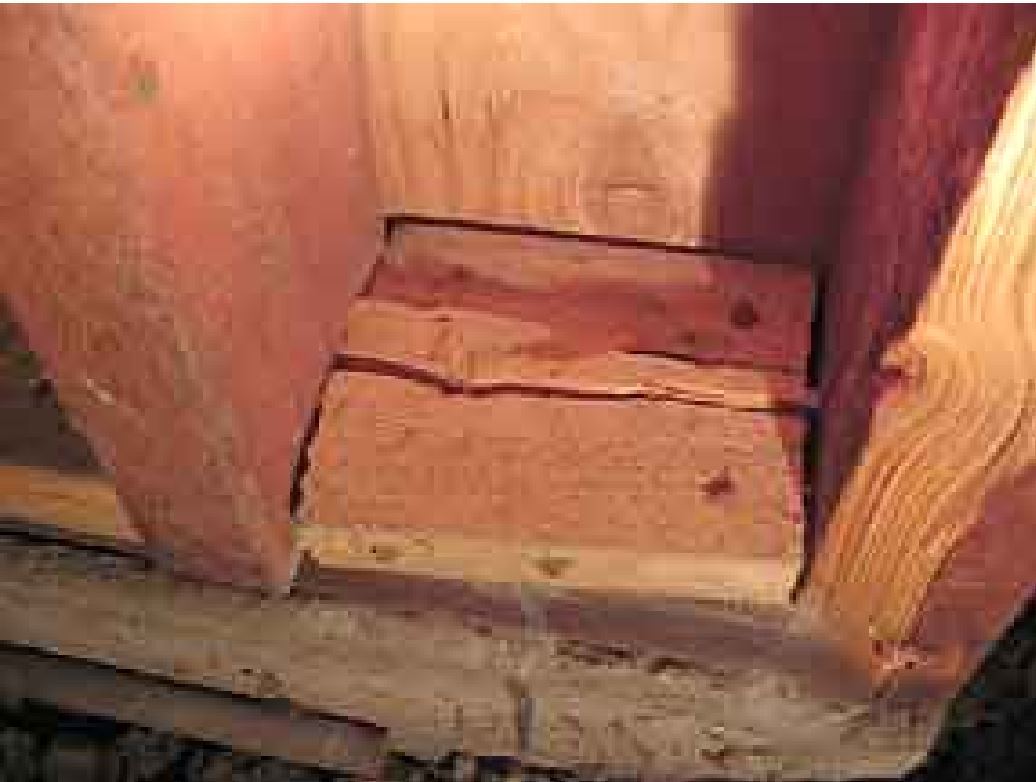 Split Block will not work perform as intended 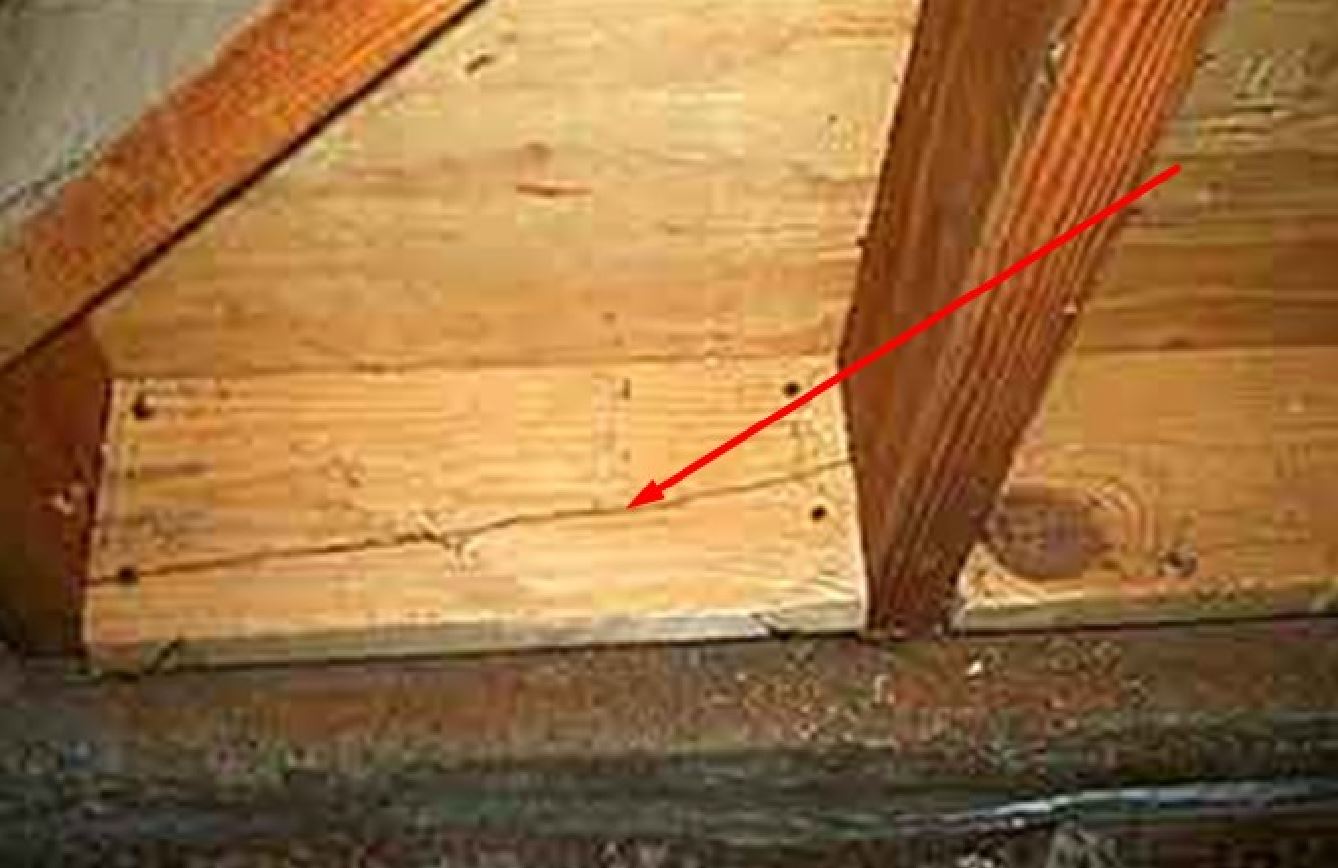 Furthermore, once the plywood is nailed there is no way for a private home inspector to see whether the blocks are split.  He can only tell the buyer he hopes they are OK.

The most common solution is to use smaller nails.  That, however, seriously compromises the effectiveness of the retrofit.  It is not possible to tell the size of the nail unless it has been color-coded, which is the exception rather than the rule.   8d nails and 10d nails have the same head size so color coding is the only way to tell the difference. 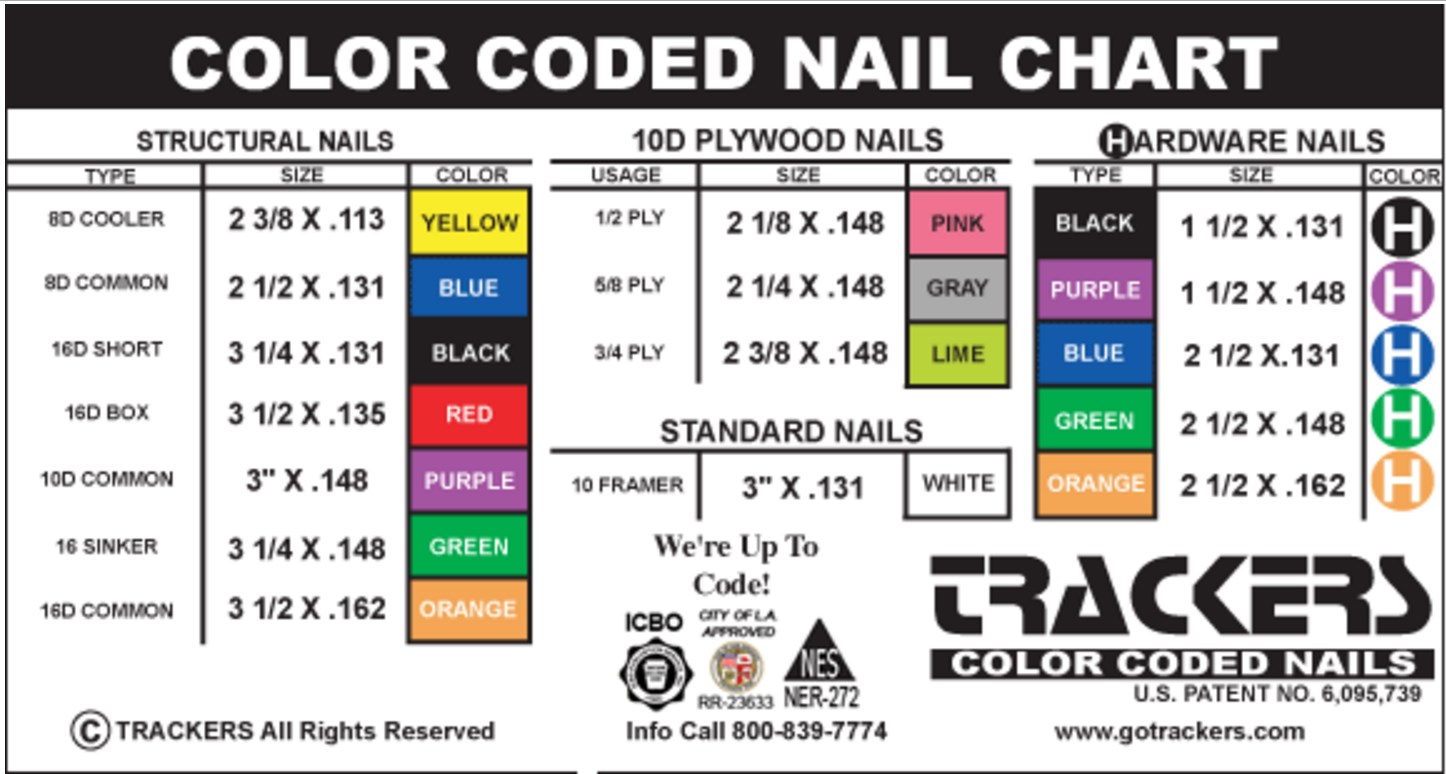 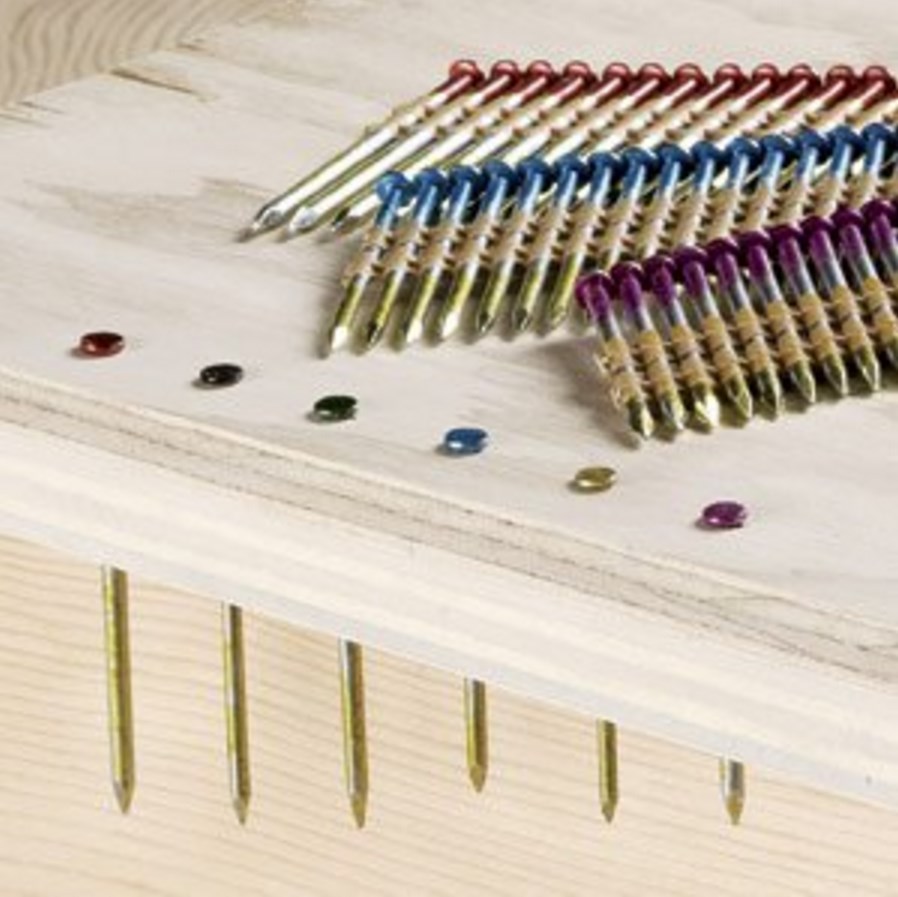 Which Method is Best?

None of them is “best”.  They all have pros and cons.  The Nailed Blocking Method is a good choice when tools are limited.  This method is a good one for non-professionals who want to do the work themselves and who can be relied upon not to split the blocks.   The Stapled Blocking Method is good in that you don’t have to worry about splitting the blocks, but the staple gun needed is very expensive.  The reverse blocking method is excellent in that you don’t need to cut lots of little blocks, and long 2 by 4s are much more difficult to split than blocks.  The Flush Cut Method is probably the best of all because it saves on blocking material and labor on cutting the blocks.  It is also the method that most closely resembles tested shear walls.  The big downside is that the flush cut saw is extremely dangerous.

Below is a letter written by the chief engineer in charge of research at the American Plywood Association, the organization that tests shear walls and informs the building code about how they should be built.  This letter was in response to a query made by one of the Standard Plan A committee members.  You can review the complete letter here. 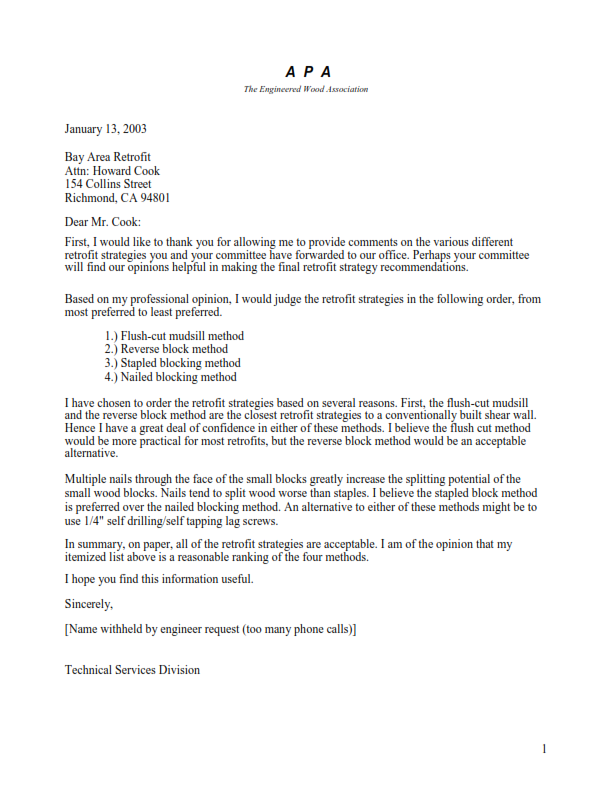