In some circumstances it is desirable to build shear walls that exceed the maximum values found in the California and International Building Codes.  The American Plywood Association performed a series of experiments to test the limits of shear wall strength and found that if the size of framing and number of fasteners were increased it was possible to build shear walls that were almost twice as strong as those listed in the California Building Code shear wall strength tables. Their findings can be found in APA Research Report 138.

Looking at this table we are using:

(4) The rows of nails.  For example, 3 lines of fasteners means there are 3 rows of nails going up and down on the studs.

APA Research Report 138 shows that very high strength shear walls can be produced by using multiple rows of nails or staples in wood framing that is wider than the normal 1-1/2-inch-wide framing used in new construction.  These high-capacity shear walls also need high-capacity foundations.  As you can see, a shear wall built in this way can resist 1900 pounds of earthquake force and represents the strongest shear wall ever tested.  Even though it has never been tested, a two-sided shear wall of this type could have an enormous ability to resist earthquakes.

A typical application would be typical building in San Francisco where much of the front lower story is taken up by a garage and the rest is taken up by a stair wall.  In these circumstances the front of the building is not connected to any foundation.  This is also a preferred method in terms of effectiveness and often cost compared to moment columns.

The next consideration is uplift or overturning forces.  High-capacity shear walls must resist a tremendous amount of overturning.  For example, if the shear wall can resist 1900 pounds per linear foot of lateral earthquake force, it will also need to resist #15,200 pounds of overturning force.  For this reason, proper sizing of hold-downs is critical.  In this table from Simpson Strong-Tie, the name of the hold down appears under “Model No.”. 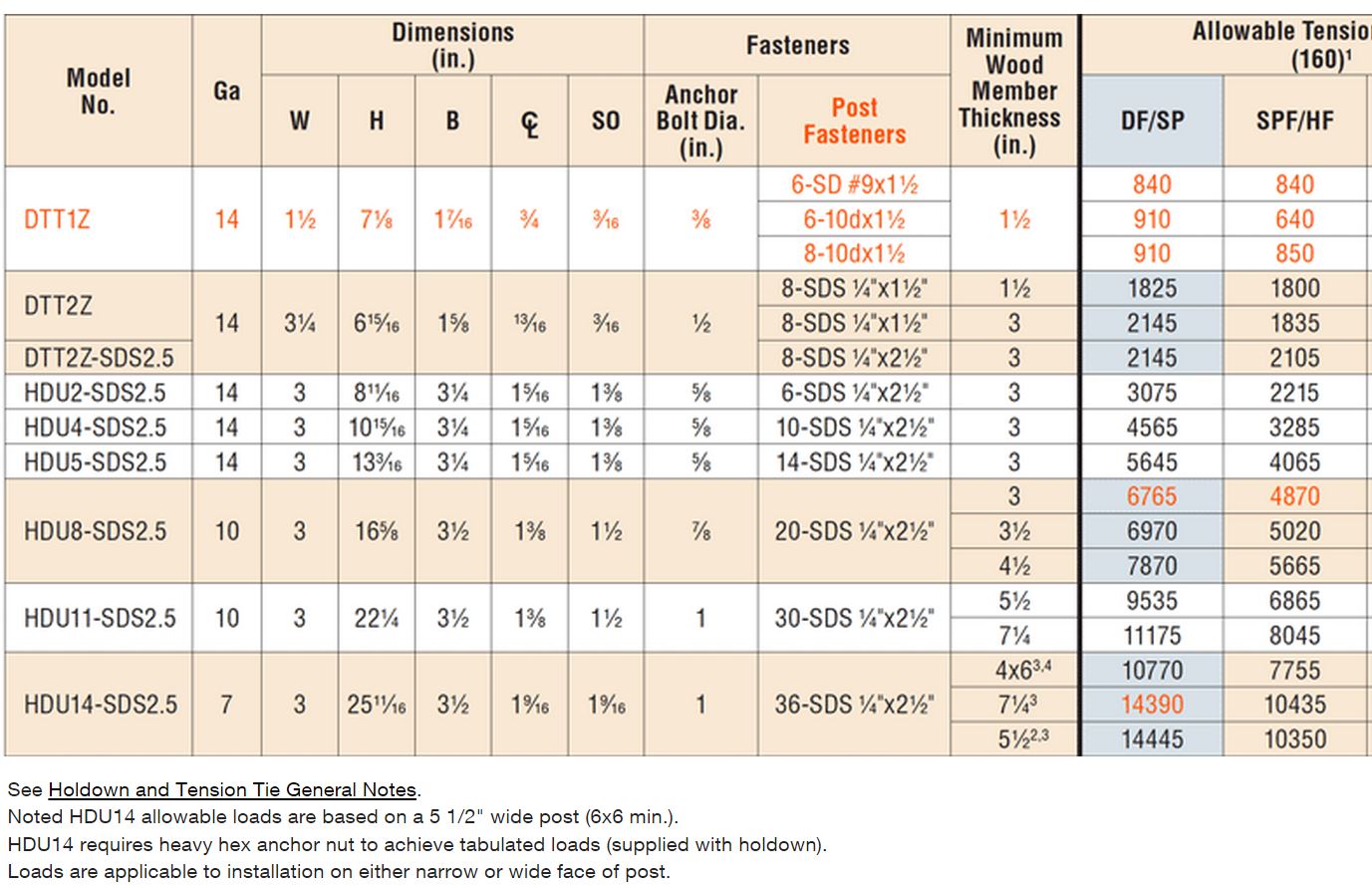