This article could never have been written without the insights and guidance provided by a research scientist and engineer at the American Plywood Association.  He has spent over 44 years of researching seismic design and the use of shear walls to protect homes as a leading scientist with the American Plywood Association, the largest shear wall testing laboratory in the world.  He recently retired and I am forever in his debt for all he taught me.

This is the part of the code where the application of principle of rotation is mentioned and allowed in new construction.  It is an engineering principle which has relevance to seismic retrofit work as well.

Let me translate it:

By inference, “The wider the back wall the better, 2 car garages work better than 1 car garages, and 3 car garages are better yet.”

A garage soft story condition is caused when a floor is supported by narrow walls or posts at a garage door opening. If you imagine the floor above a two-car garage, weighing approximately 15,000 pounds, rocking back and forth on top of these posts or narrow walls, it is easy to see how it can collapse. They simply tip over. 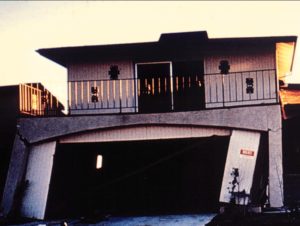 This can be addressed by using a moment column or moment frame, or through the use of shear walls and the principles of rotation as described below. 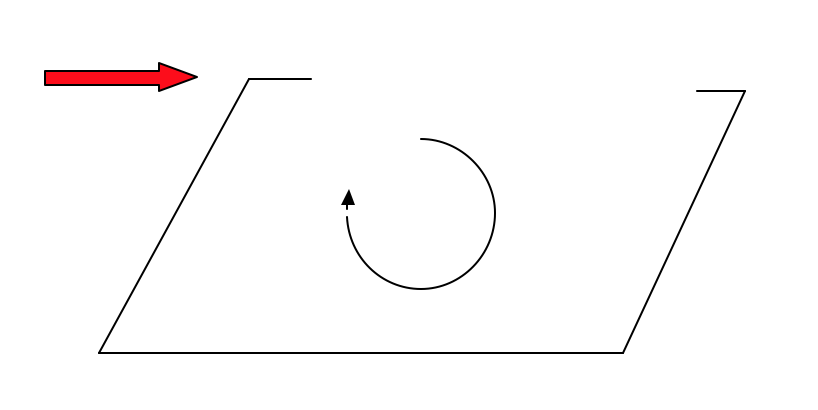 FIGURE REPRESENTING MOVEMENT OF FLOOR ABOVE A GARAGE BEFORE RETROFITTING.

These tests done by the Consortium of Universities in Research for Earthquake Education contains information that helps one understand how rotation works.

This Is From The  Current Edition Of The Special Design Provisions For Wind And Seismic. 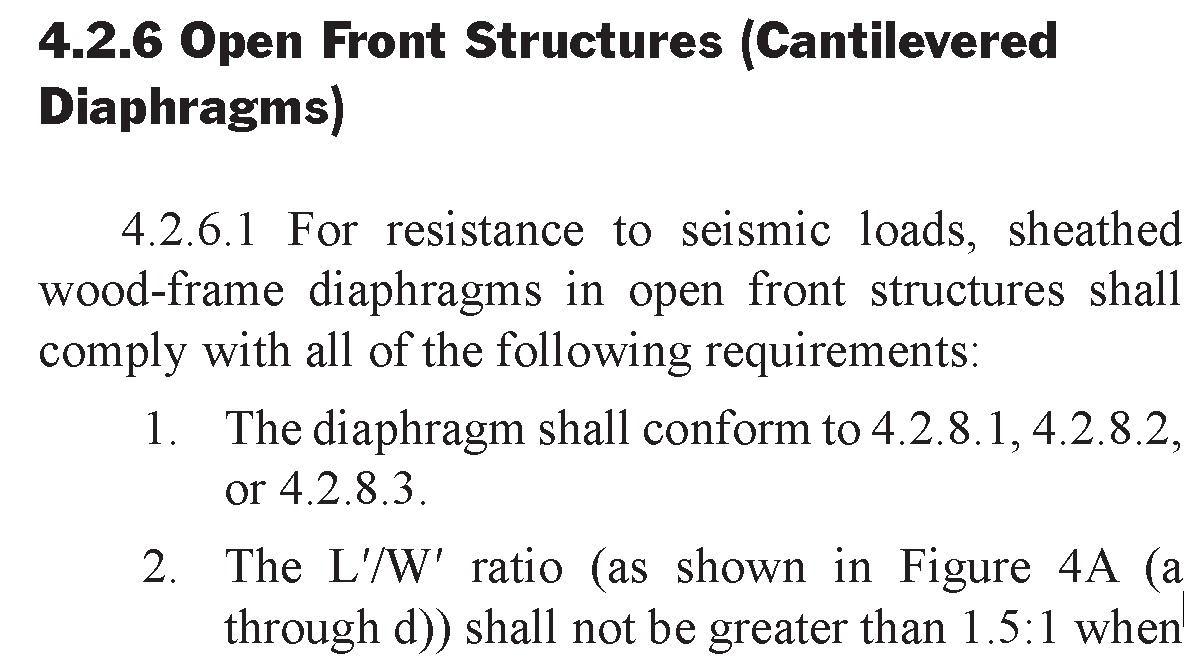 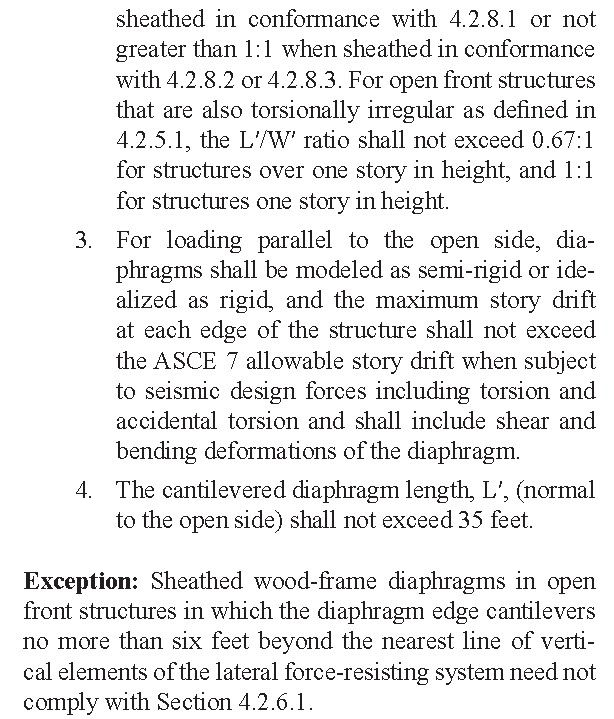 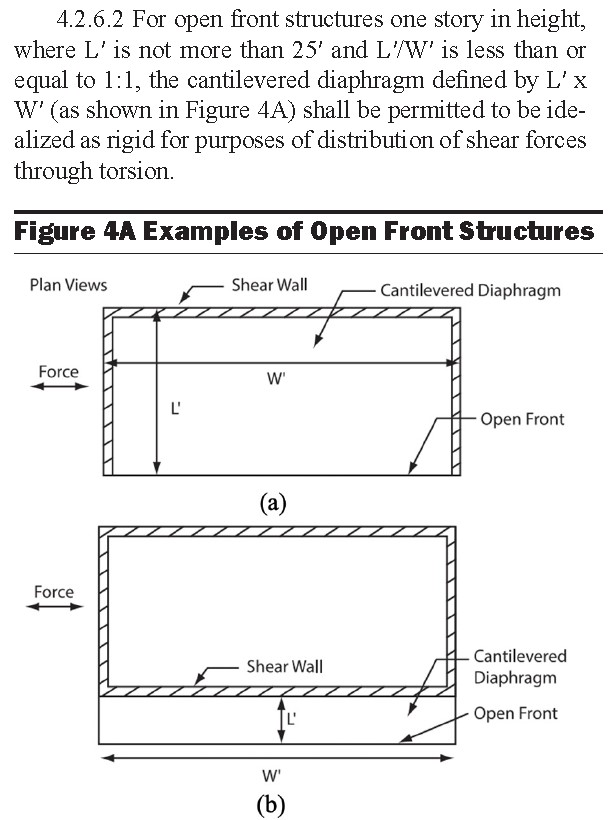 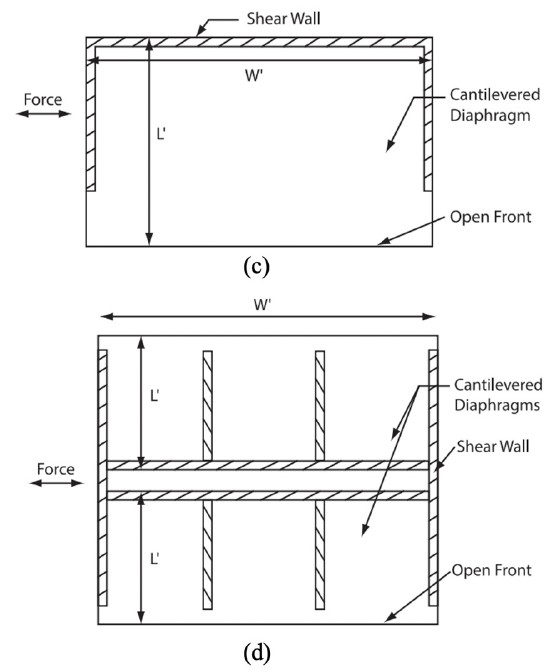