The first experiments with plate washers were done by the the Structural Engineer’s Association of Southern California.  The author personally knew a member of the research team.  The team discovered bolts would bend slightly and cut into the mudsill like a “dull knife” and split the sill.  The City of Los Angeles published this graph which shows they also greatly increased bolt strength. 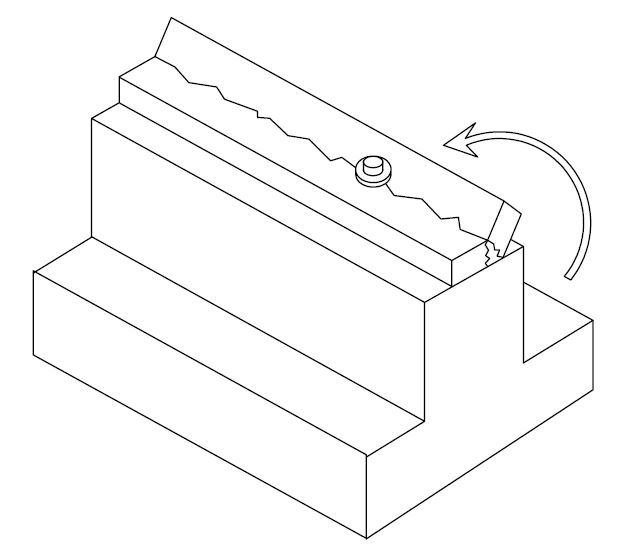 Below is an example of cross grain bending. A research scientist with the American Plywood Association told the author of this article that as long as there were enough bolts (approximately 2 feet apart) with plate washers cross grain bending rarely occurred. 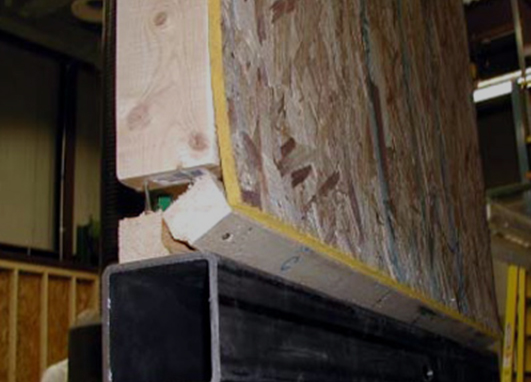 CROSS GRAIN BENDING OF MUDSILL IN A LAB. 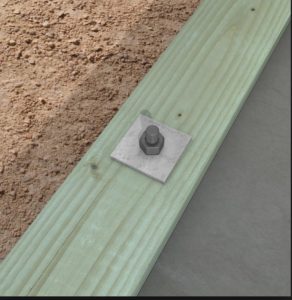 ANOTHER PHOTO OF A PLATE WASHER.

This is what my engineer friend had to say about the structural engineers’ experiments.  The drawing below explains what happened. 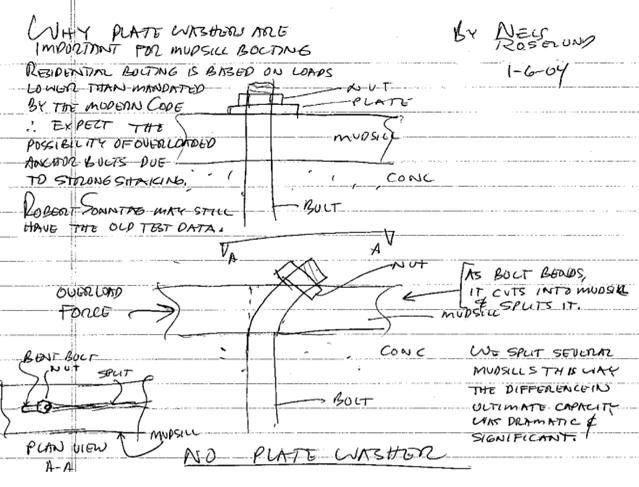 “The code requirement for bearing plates came out of the observation by the Structural Engineers Existing Building Committee.

The bolting research was done after the City of Los Angeles demolished 30 or so houses.  The tests were done after the houses had already been removed.

We isolated bolted pieces of wood so that we could use a jack to apply a horizontal force on the end of a wood piece that would result in a shear force to various anchor devices: existing anchor bolts, retrofit anchor bolts of various types, steel side plates, etc.

For anchor bolts, we observed the failure happened by bending of the anchor bolt as it cut into the wood like a dull knife, splitting the wood.

When we installed a plate washer on the bolt, the plate would restrain against excessive bending by holding the nut, and therefore the bolt, upright.”