Earthquake Retrofit Contractors-10 Tips on Finding a Good One

Homeowners often think an earthquake retrofit is simple.  After all, what could be so hard about being an earthquake retrofit contractor putting in bolts and nailing up plywood?   It is not that simple. This New York Times article, as well as this CBS News Report, reveal how specialized it is. This poor workmanship is a consequence of not having a retrofit building code .

One thing we know for use, the earthquake will let you know if you hired the wrong seismic retrofit contractor. 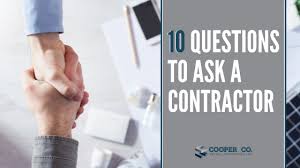 Does Your Retrofit Contractor Know These Guidelines?

If not, he hasn’t done his homework.

And the most recent FEMA: Vulnerability – Based Seismic Assessment and Retrofit of One and Two-Story Dwellings

Does Your Earthquake Retrofit Contractor Know About These Research Labs and Testing Facilities?

The American Plywood Association tests shear walls (every retrofit has shear walls) in Canada and the United States.

The American Wood Council which published the crucial Special Design Provisions for Wind and Seismic?

These tests done by the Structural Engineers Association of Southern California in 1992.  They demonstrated that low-quality foundations without steel reinforcing perform quite well in earthquakes.

Ask your contractor if he thinks brackets on posts are a good idea.  A lot of them recommend this wasteful procedure.

Does your earthquake retrofit contractor know about the 4 methods used in building retrofit shear walls?

Is your contractor familiar with old building code provisions that specify the strength of existing structures? If you don’t know how resistant a building already is, you can’t know where to address the weaknesses.  These code provisions are found in Table A4-A of the International Existing Building Code.

How to address brick foundations?  Gudelines for the Seismic Retrofit of Existing Buildings

Professionals such as members of the American Society of Home Inspectors are a good source for referrals. They see retrofits everyday and will know which contractor does quality work.