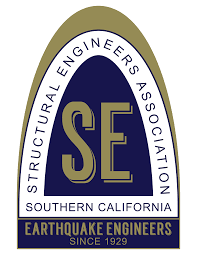 Introduction
California’s seismic activity has historically inspired the creation of numerous methods and devices that reduce earthquake hazards.  This hardware allows on to install foundation bolts in old foundations.  Single-family residential projects are finally being addressed, largely because of the numerous residential structural failures due to recent seismic activity.

Of particular concern are foundation failures to existing residential buildings.  California in general, and SEAOSC and the City of LOS ANGELES in particular, are now developing guidelines.  These guidelines address the performance of foundation bolts in old foundations and are based on tests.  This web page is a transcript of the test reports as follows:

Purpose
The purpose of this series of tests was to quantitatively determine the following:
(1) To determine ultimate load and deflection criteria under induced static loading for existing foundation bolts and anchors and to observe the mode of failure.

(3) To compare values of failure for anchorage both with a wall superimposed dead load (Surcharge) and with no dead load.

The following outlines the test procedures:

1. The bolt and/or plate assembly are installed into the foundation and shown with two reaction anchors.

2. The embedded (or exposed) length of the anchor is measured and recorded before torque, after torque and after test.

3. Any surcharge load is placed on top of the “sill plate”.

4. The apparatus is installed as shown, generally consisting of a sill plate and anchor bolts, with or without side plates.

5. A dial gauge is installed for measuring the displacement.

6. The hydraulic ram is placed in the test apparatus and actuated, using a hand-operated jack.

7. Periodic load and displacement readings are recorded until the system can no longer sustain an applied load.
In performing the test, one must also note other observations such as cracking of the wood, bending of the anchor bolt and/or plate assembly.

8. The stem walls were 8″ thick and the bolts were placed 2″ from the edge of the stem wall.

SUMMARY of PHASE I

1. The concrete compressive strength for these foundations was high, averaging 3,800 psi.

2. The concrete did not have steel reinforcing (rebar).

3. The sill plates loaded with surcharge performed about 11% higher on the average than those with no surcharge when comparing the loads at 1/2″ displacement.

4. Loads were noticeably increased when larger washers were used (see tests 2R(1) and 2R(2)).  Field observation at the conclusion of these tests showed the smaller washer crushing the grain of the wood surrounding the anchor considerably more than the larger washers.

5. For almost all tests, the ultimate failures were wood failures.  No anchor bolt failures were observed either in the chemical or the expansion anchors.

Conclusion: The generic side plates could be used as a one-on-one tradeoff for 1/2″ diameter anchor bolts.

The Harlen anchor plate (Retrofit Foundation System – RFS) tested to an average ultimate level of 5k/plate. This ultimate load is a little higher than the ultimate for a 1/2″ anchor bolt.

Conclusion:  The Harlen RFS plate could be used as a one-to-one tradeoff for 1/2″ anchor bolts.

The Simpson side plate (FA6) tested to an average ultimate load of 2.6k/plate.  This is less than the 4.1k ultimate load for 1/2″ anchor bolts.

The slant: bolts tested to an average ultimate load of 4.1k/bolt.

This ultimate load compares to 4.1k for 1/2″ embedded anchors.

Conclusion: The 1/2″ slant anchor could be used as a one-on-one tradeoff for 1/2″ anchor bolts.

1. The average compressive strength of this concrete for these foundations was 1500 psi., or about what could be expected from low quality existing residential foundation.  The concrete did not have steel reinforcing (rebar).

2. The sill plates loaded with a surcharge did not perform very differently from the tests with no surcharge. However, there was a noticeable difference in the stability of the sill plate – they had significant buckling without the overburden.

3. For almost all tests, the wood was the failure mechanism. There was one case (Test 5DPG (3)) where the reaction anchors failed after high loading. Also had both reaction anchor and existing anchor failure at “strong” existing concrete (Tests 1(1), 1(2) and 1(3)). Finally, in two cases, 3REX(2) and 5DGP(1), the concrete had local failure at the anchors after high loading and deflection.

4. There was no significant difference between the tests on anchorage systems using mechanical versus chemical anchors for these static load tests, even when the mechanical anchors were placed in honeycombed concrete.

5. The ½” chemical slant bolts had an ultimate failure average of 2.1k (Tests 4SCH(1), (2) and (3)).  Failure occurred at very small deflections (0.01% 0.03″ and 0.268″).  Observations during the tests showed that the chemical adhesive seeped down through the hole in the wood to between the sill plate and the foundation, resulting in a “glued” connection. Failure occurred when the bond between the wood sill plate and the concrete foundation broke; the slant bolt was not effective. These tests cannot be conclusive for the whole system.

6. The generic side plate system tested to an average ultimate of 3.3 k/plate.

7. The Harlen side plate system tested to an average ultimate of 4.3k per plate.

8, The Simpson side plate system tested to an average ultimate of 2. 3/plate.