Throughout the history of most homes, repairs are made to the floors.  This could be due to termite damage, dry rot or in an effort to bolster a sagging or squeaking floor. These repairs are invariably done with plywood, which can cause some serious problems because floor repairs can severely compromise the floor’s ability to transfer earthquake forces outward to the foundations. 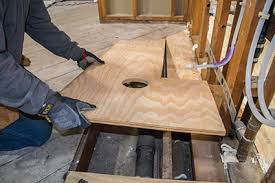 Below is a diagram of what a sub-floor looks like wherever it has not been repaired with plywood (a sub-floor is the floor below your oak or carpeted floor you walk on). 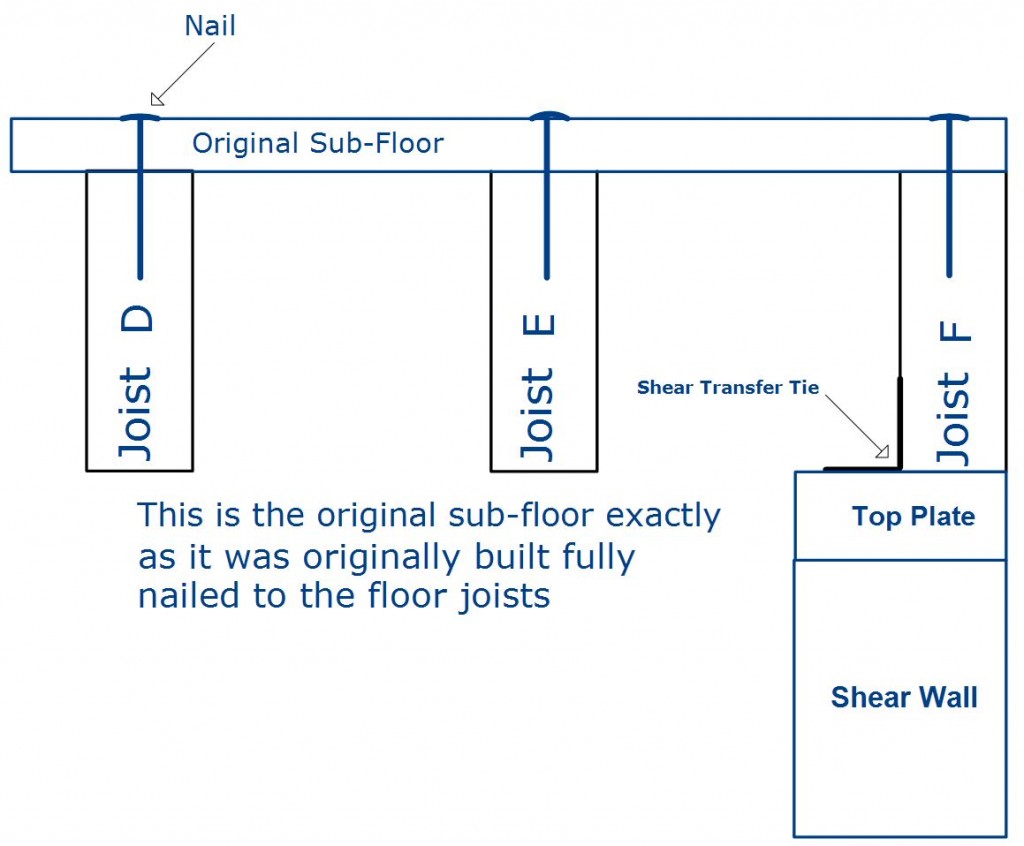 The Problem with Sub-Floor Repairs

In this diagram you can see where a segment of the original sub-floor was replaced with plywood.  When this was done the nails were removed from Joist E, and the old sub-floor to the right of the joist was removed and replaced with new plywood.

Now you may have two independent floors: the original sub-floor and the new plywood sub-floor.  The purpose of shear blocking is to make these two floors perform as one floor again and regain their ability to transfer earthquake forces to the foundation. 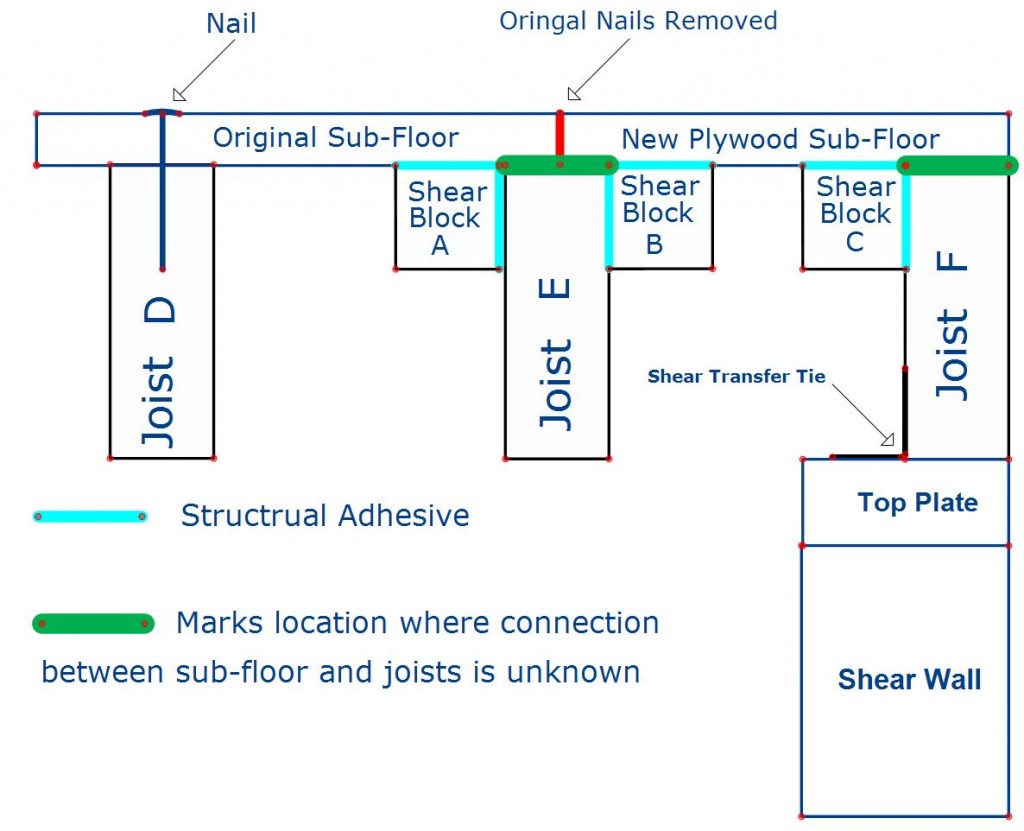 Shear Block A connects the original sub-floor to Joist E.

Shear Block C connects plywood sub-floor to Joist F.  Joist F is connected to the shear transfer tie component of a shear wall such that now the floor will transfer forces to the shear walls on the foundation perimeter.

Use The Correct Adhesive

Make sure the adhesive you use meets American Society for Testing and Material D3498 (this is a designation that means it has been tested for adhesion to floors) and/or AFG-01, a performance specification developed by the American Plywood Association.  All subfloor adhesives meet this standard because they are impossible to sell without it.

The table below shows that this particular brand of adhesive has 798 pounds of shear strength (resistance to lateral forces) per square inch.  This translates into 9,576 lbs of earthquake resistance for each linear foot if the adhesive plywood or floor framing connection is 1″ wide and 12″ long.  If the adhesive adheres to the 1 1/2″ face of a 2 x 4 (this gives us 1 1/2 square inch surface) one linear foot of plywood connection as shown in this drawing it will resist 14,364 lbs of shear force.  If the lumber is 2″ wide as found in most houses built before 1955, this capacity increases another 25% to 1,915 lbs per linear foot.  The strongest shear wall can resist 870 lbs per linear foot.

Shear blocks made with structural adhesive create such a strong bond between the joist and the floor that that they become in essence one solid piece, making the separation of the floor joist from the floor virtually impossible.

Here is an example of how this relates to the components of a 10-foot-long retrofit shear wall that will be absorbing the forces transferred through the floor.

Here is another example looking at no cripple wall retrofits.

This is why shear blocking is such an effective repair method.

The Engineer’s ways to Achieve this end.

In the engineered construction detail below, the red arrow points at what is sometimes called an A35 Simpson Clip that attaches the end joist to the floor.  In this installation screws no longer than an inch in length are used to attach the top of the A35 to the sub-floor.  This is an extremely difficult connection to make from a practical point of view, and it is also quite weak.  A better way to do it is with shear blocking which installs very quickly and is 10 times stronger.

Not only is this hardware difficult to install, but it also has questionable value according to the manufacturer because it has never been tested.  Nor does it have any value when analyzed from an engineering point of view using the connection calculator from the American Wood Council. 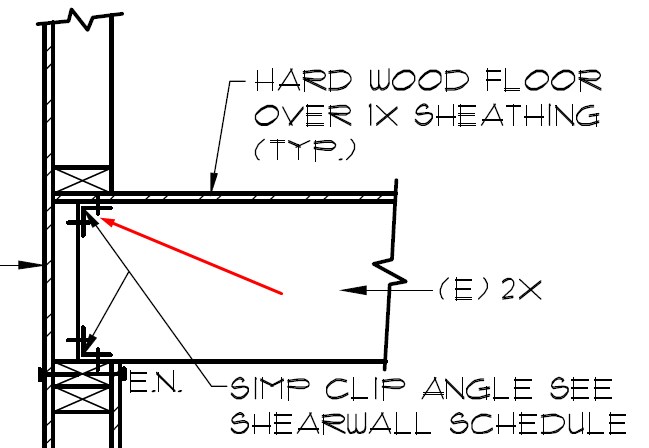