Addressing Breaks in the Top Plates

The horizontal board on top of the cripple wall is known as the upper top plate and it is also the top of the shear wall where all the force is transferred. The floor needs a continuous connection to the shear walls they rest on and which protect them.   The connection of the floor to the rigid shear walls is what restrains the entire floor from moving.  If part of the floor is on one section of shear wall and another part of the floor is on another section of cripple wall that has not been converted into a shear wall, these segments for floor can move independently.  The way this is addresses is by joining all the cripple wall segments together wherever they are separate from each other.  These separations are caused by breaks in the top plate.

For example, if a shear wall holds part of the floor to the foundation at one end of the house,  but the other end is not connected to the shear wall because of a top plate break, this end will not be protected.   Building codes make sure this does not happen with simple regulations simple regulations. 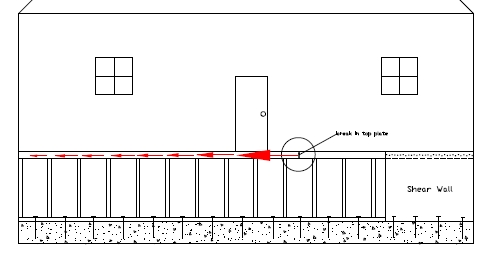 Cripple wall top plates are actually segments of wall that can move independently of each other, boards that are 8 to 24 feet long butted together.  Any point where they butt together is called a top plate break.   These breaks create a break in continuity, meaning the pull and push of the earthquake force is not continuous along the cripple wall top plate.

Steel straps and nails are the two methods by which continuity is restored.  Using nails is by far the fastest and most effective method.

In this image, a steel strap called a CST strap connects the two sections of the top plate. 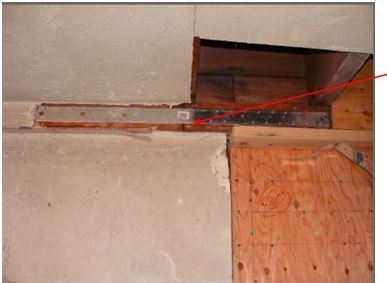 Another way to do this is with nails 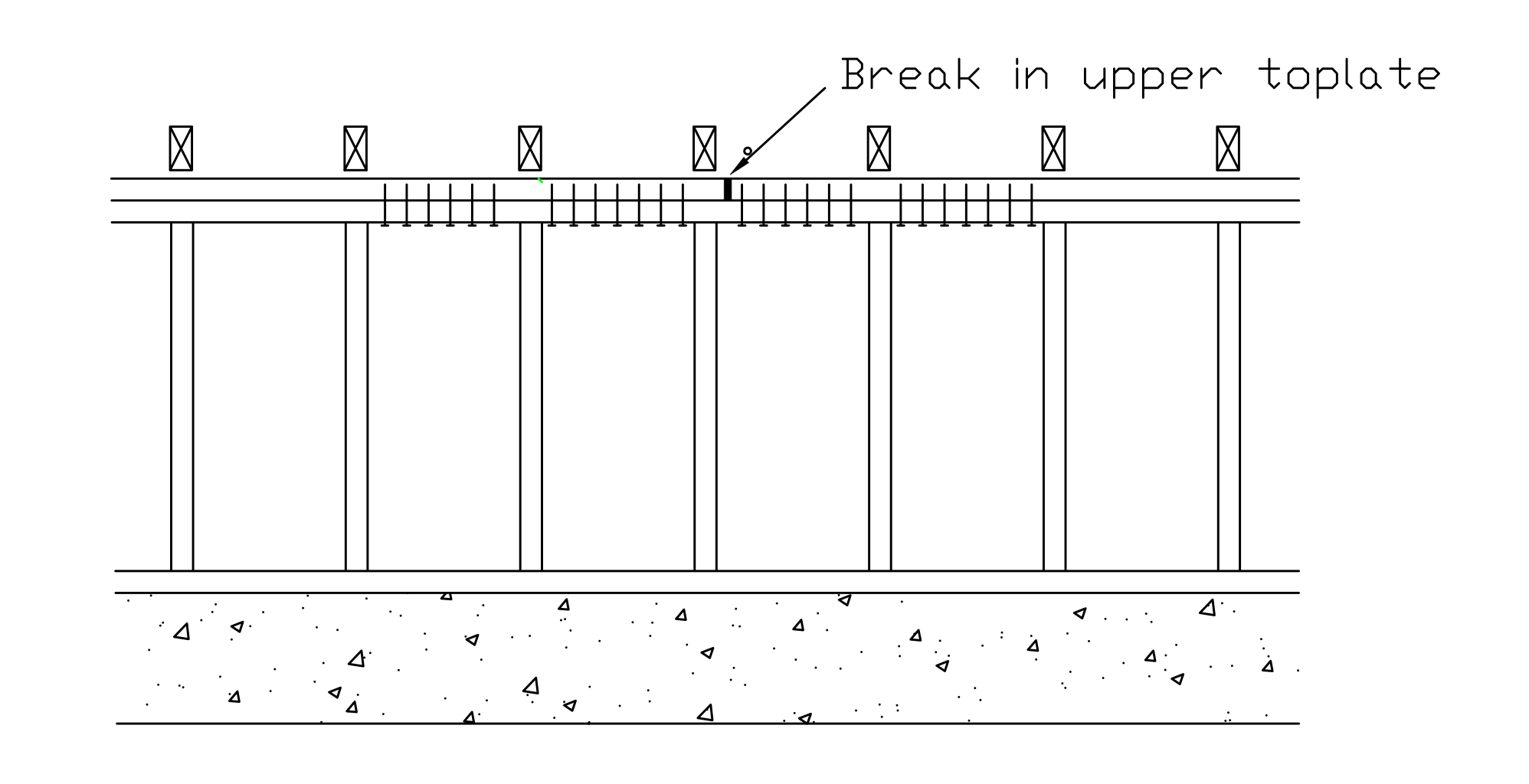 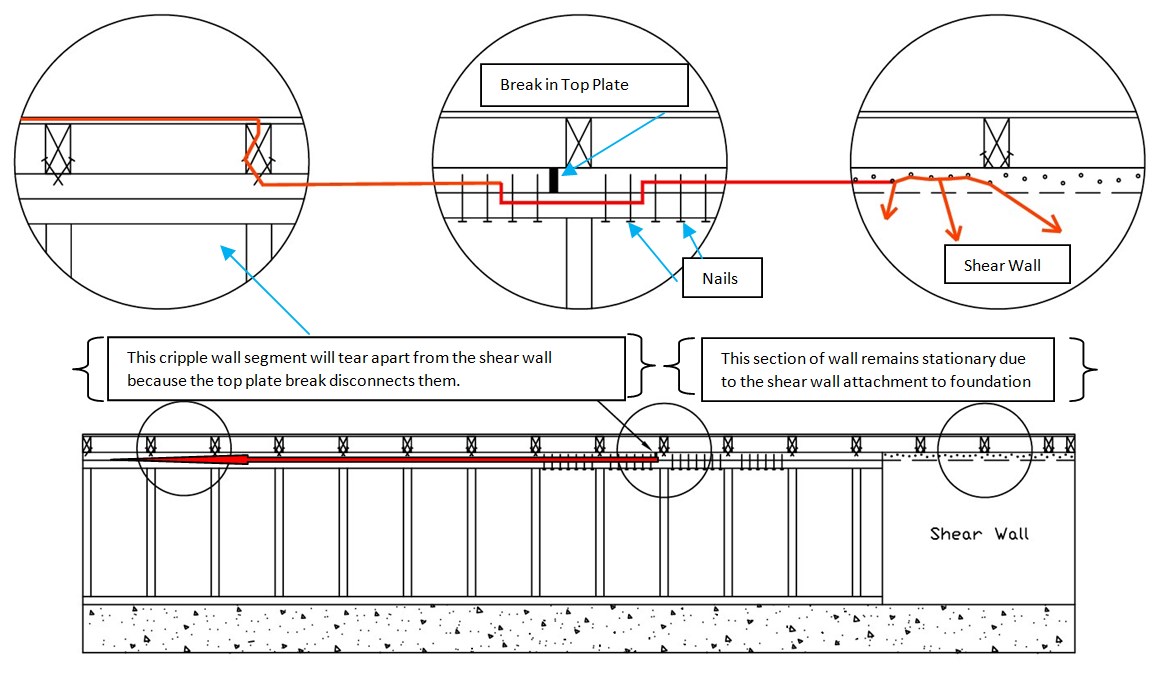 Steel straps are designed to be used on the outside of a building so that finish material such as stucco can be put on the walls without obstruction.  For work that does not require a flat surface or aesthetic considerations such as in the crawl space, sawn lumber can also be used.  Sometimes we find breaks in the upper and lower top plates.  In these cases a steel strap will bend when the earthquake causes the top plates to push together.  In these cases a 2″ x 6″ board must be used.

Which is Better, Wood and Nails or a Strap?

Nails are always stronger than the even the strongest steel strap and much easier to install.