Tension ties are used when we don’t want the addition to come apart at the corners.  In the image below the red arrow represents the earthquake pushing on the back of the addition. 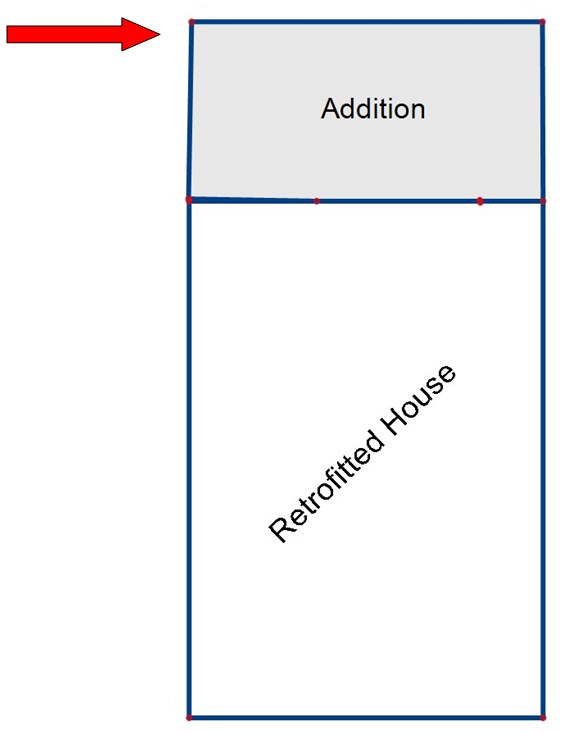 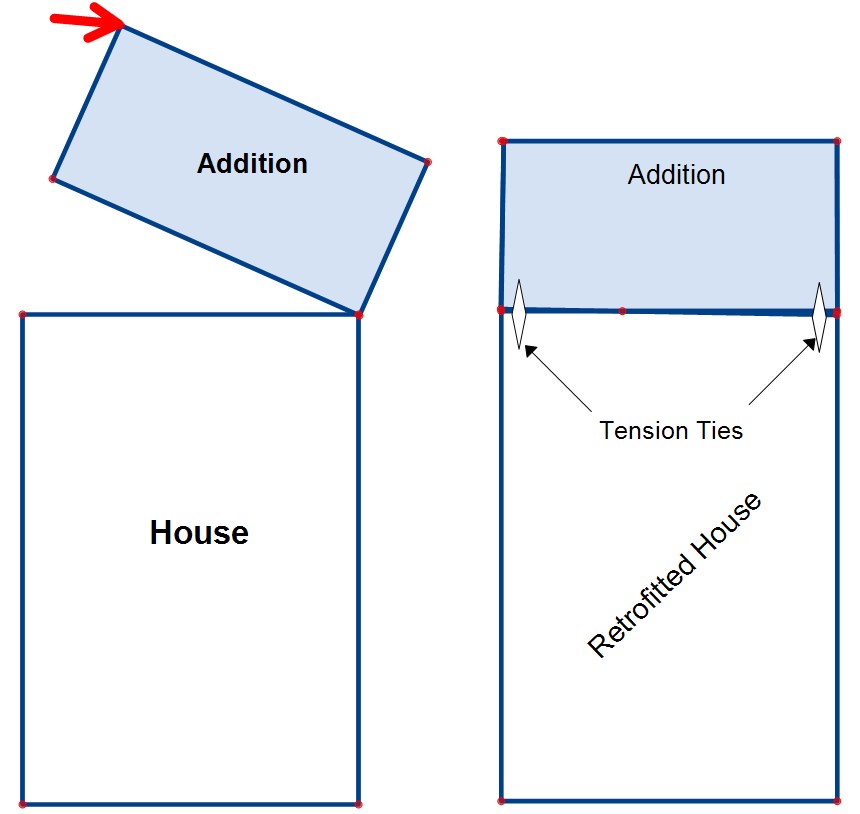 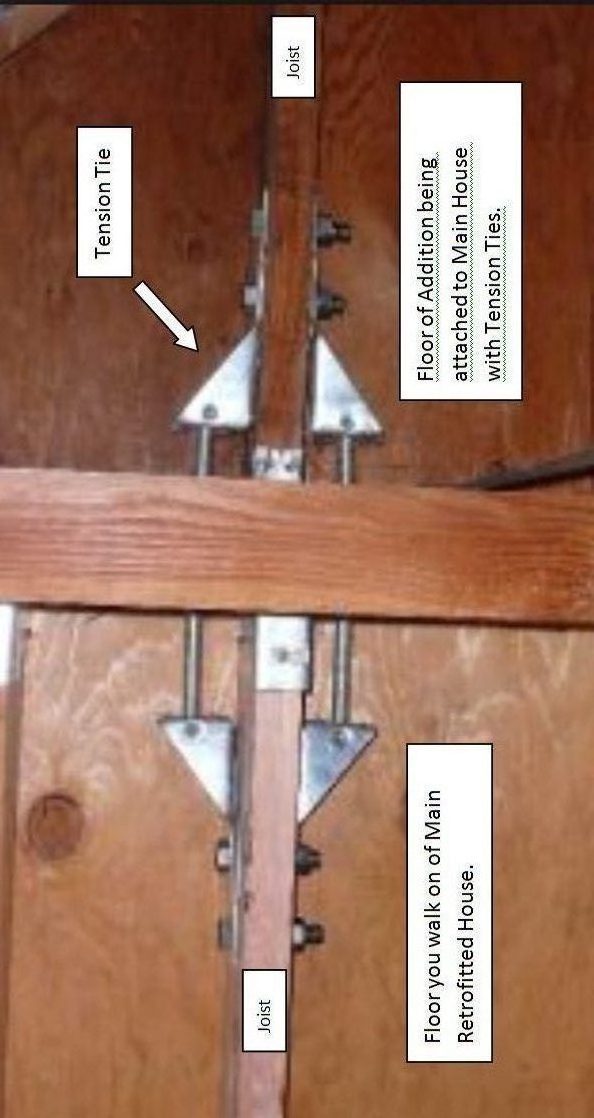 Below is a construction detail found in the 2007 International Residential Code pointing to the fact that scientists have come to understand how important this connection between an addition and the original floor is. 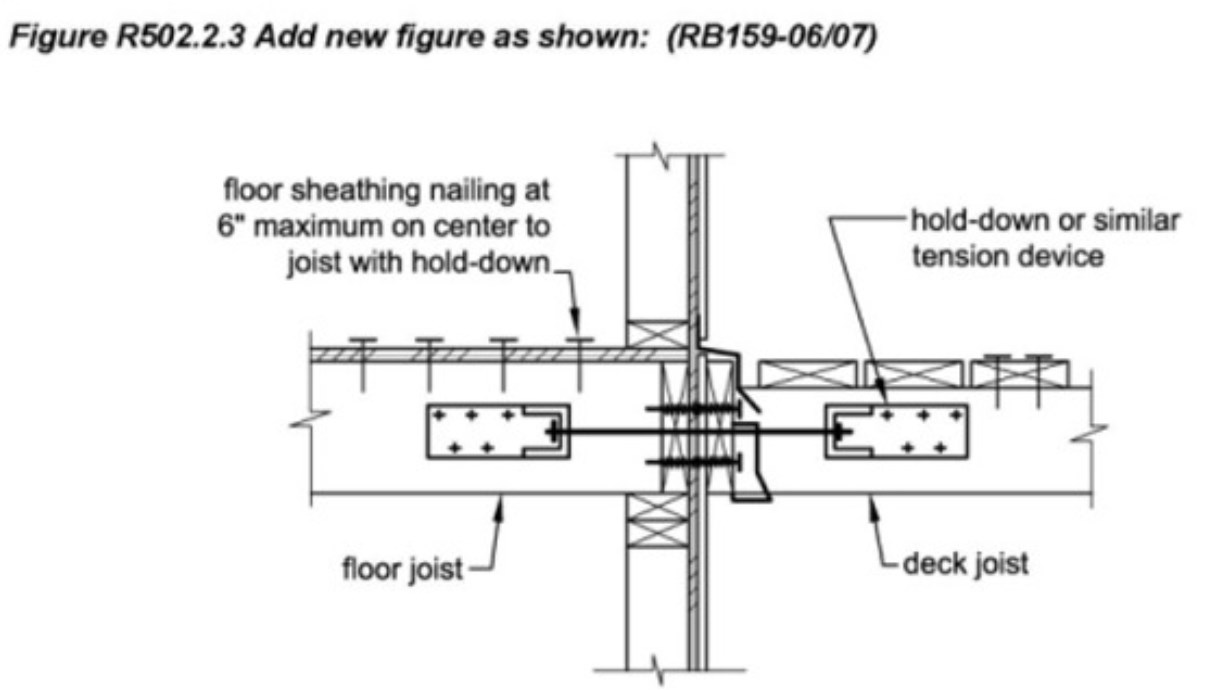 Tension Ties or Horizontal Hold-Downs are also used in many seismic retrofits, especially in houses with stepped foundation, where installing a plywood shear wall is not a good option.  This is usually due to limited access or because the foundation steps on a very dangerous hillside home are so steep that plywood shear walls simply won’t work.  Here you can see the earthquake is trying to pull the house away from the foundation and down the hill.  This pulling action is transferred to the Horizontal Hold-Down which in turn pulls on the foundation where the force is resisted.

More of the same. 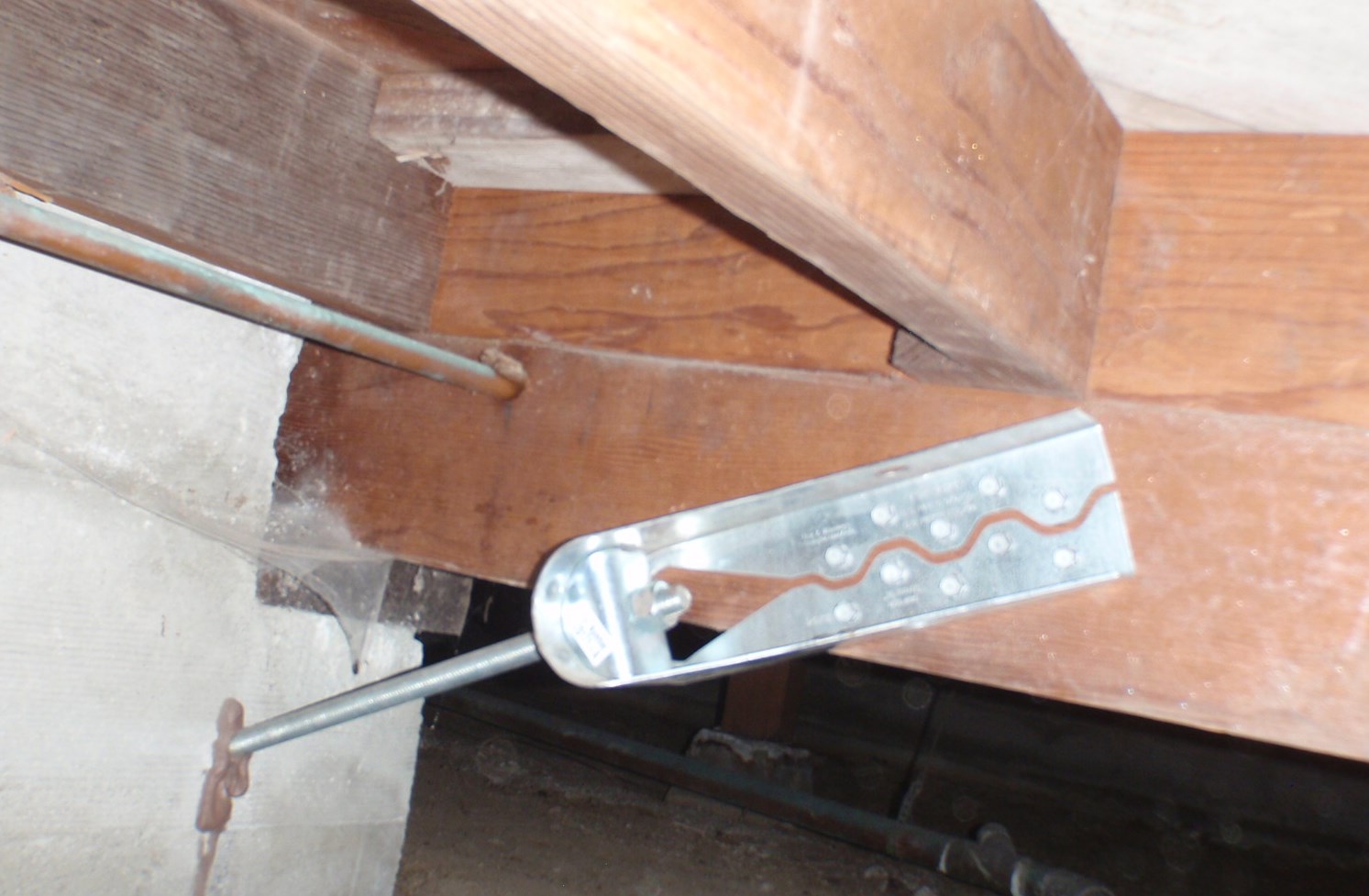 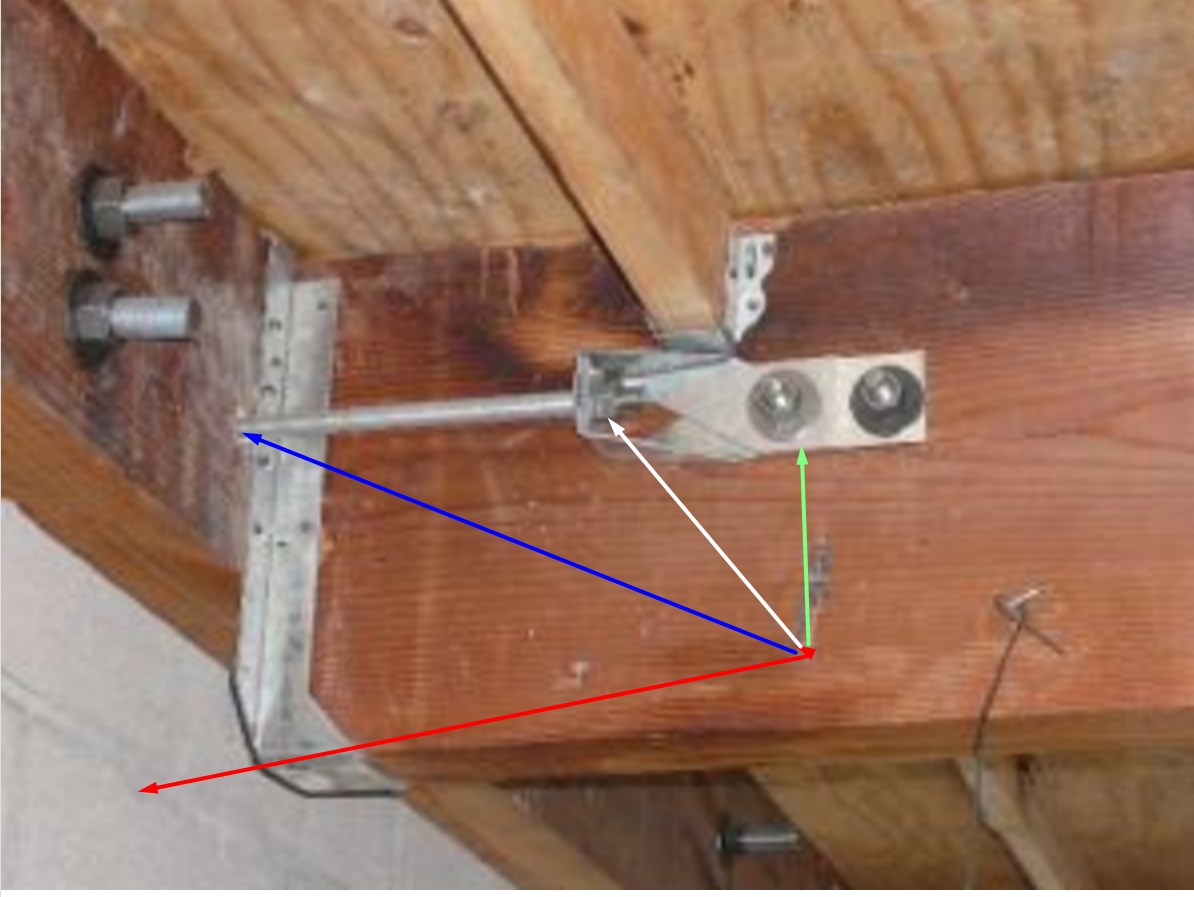